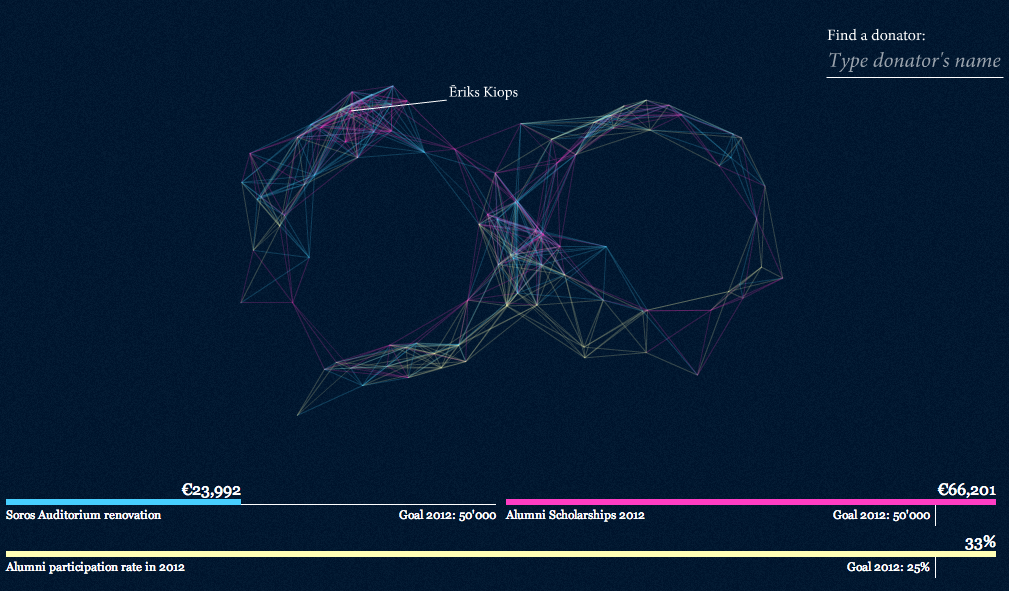 The Following is a Guest Post by Andris Rubins, Managing Director at DDB Latvia

The Stockholm School of Economics is a business school in Riga, recognized by the Financial Times to be one of the finest in Europe. Ever since its inception in 1993, the School’s mission has been to facilitate economic growth in Baltics by educating the brightest minds in the region. Fifteen years of effort were at stake, when in 2008, along with the financial crisis, came an increase in tuition fees, reaching EUR 3300 per study year.

Potential students from less wealthy families had trouble covering their studies and the alumni community worked hard to provide shcolarships for those in need. In four years’ time, the proportion of donating graduates rose from nothing to 11%. While some believed that this is the limit, as the top fundraising schools in Europe have their participation rates not higher than 14%, we set our ambition higher. We joined forces with the alumni association to re-imagine the donation process and build a donation platform like no university has seen before – enriched with game elements, integrated with social media, all with an aim to boost competition and build the community stronger.

We created a platform where we gave complete control over the donation campaign and all progress was fully transparent to the public in real-time. Every time someone donated, the progress bars moved forward and the person appeared in the main network infographic, making the community stronger. We not only made the results visible, but also the statistics behind them. Interactive infographics were set up to drive competition between countries of origin, graduating classes, companies and individual donators, where the most generous stood out in the infographics. Participation rates and donation amounts determined the size of each country on the map and each contribution built stylized company headquarters.  The most giving graduating years and individual supporters were recognized and stood-out in the system as top contributors.

We launched the social media campaign with a simple, yet clear mission – to set a European record this year and in three years time, to beat the alumni participation rate of Stanford, which is known as the best fundraiser worldwide. We targeted graduates from earlier years by collecting and publishing old pictures from the school’s life in the 90’s to revoke sentiments and put warm memories behind the goals. We further engaged Morten Hansen and other faculty and staff members who posted encouragment posters on Facebook directly from their personal profiles and drew people to the platform.

Despite being a purely online campaign targeted at a small community of 1500 people, it managed to get more than 1000 likes on Facebook and a +30% increase in Alumni group membership. But most importantly, we achieved a +300% growth in participation rate, making SSE Riga the most engaging school in Europe, with every third alumni donating. In less than six weeks, we raised an all-time record amount of EUR 92 000 and exceeded the scholarship goal by 36%, allowing to grant annual scholarships to 27 students in need. Now, the SSE Riga alumni community is stronger than ever. It already leads in Europe and is closer than ever to be the best worldwide.

The Stockholm School of Economics Alumni Program has also just been  recognized as the Best Social Campaign 2012 in Latvia by Password Effie competition.