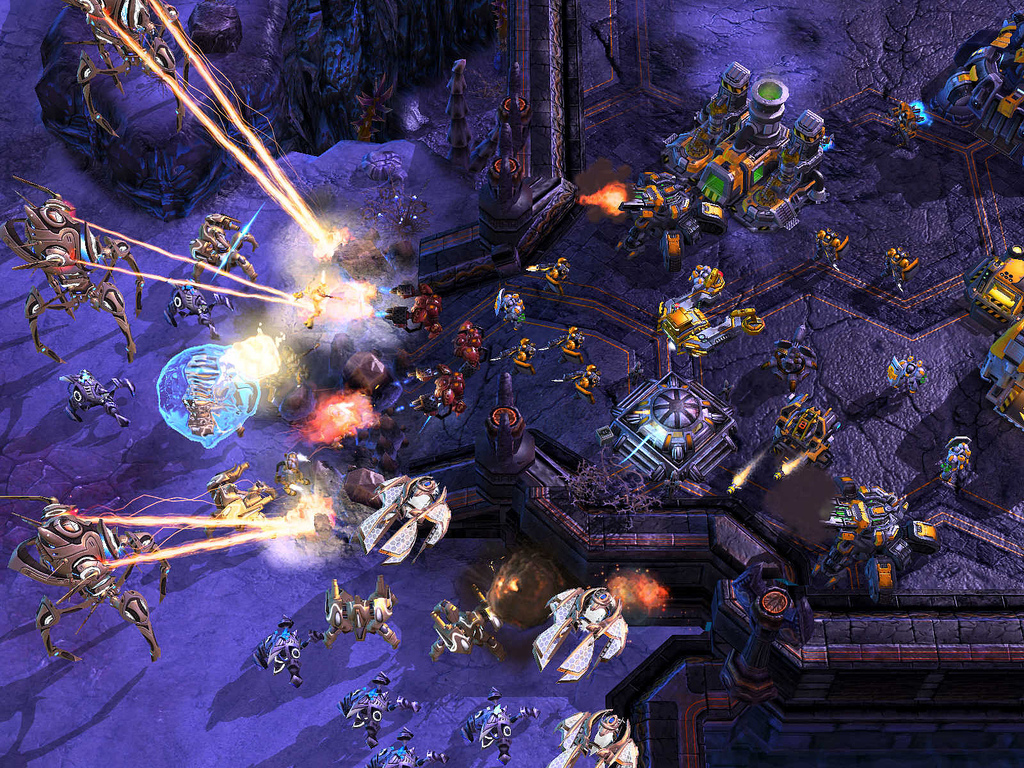 The Following is a Guest Post by Swarthmore Student, Patrick Schwarz

Starcraft 2 is Being Utilized in Classrooms to Teach Math, Economics, and Game Theory

What does a college course that required differential equations, linear algebra and calculus have in common with an online course that had no prerequisites at all? They both threw out the convention textbook guided learning style and instead used Blizzard’s video game Starcraft, a real-time strategy game where players must collect minerals and produce units and production facilities to defeat their opponent, as their source of material. In a world where technological user-friendly engagement has replaced conventional processes and methods from improving how people use maps to purchasing an item online, traditional teaching methods, especially at the university level, have largely kept their pen and paper approach to teaching. But the example set by these two Starcraft classes, not to mention the slew of research backed evidence in favor of game-based learning in higher education, give hope that the transition to more innovative, engaging, and relevant methods of learning are in the horizon

In the spring of 2009, the University of California, Berkeley offered a democratic education course titled, “Game Theory with Applications to Starcraft”, which took a theoretical and computational look at how battles within the game are conducted and on what basis strategic choices are made. While many may wonder how complicated a video game can possibly be, Alan Feng, the class instructor, quickly applied a variety of upper-level mathematical concepts including vector and matrix mappings, differential calculus, and finding levels of uncertainty using graphs in three-space. Indeed, at one point in the course when talking about calculations involving how to determine the outcome of a battle, Professor Feng notes that the calculation should ‘technically’ have been using a method that was beyond undergraduate mathematics.

However, one would be wrong to assume that there wasn’t any practicality of combining math with a videogame or that applying complex mathematics was in excess of the straight-forward fun that videogames are suppose to offer. In fact, it seemed that the mathematical models used were intuitively constructed, and if properly explained, could be understood by anyone with some background in the game. Much of the time, Professor Feng addressed problems that every player answers during a given match — Is it more efficient to build more attacking units or build a new mineral producing base? If I have a given attacking unit, how many of another different attacking unit can it defeat? – Indeed, by no means is it necessary to use mathematics in these cases, but that’s beside the point. In an increasingly quantified culture where numbers, data, and proven methods are the norm rather than the exception, a lesson in applied mathematical modeling in a fun and interactive context is probably more meaningful than most college courses offered today.

The following semester, the University Florida took a different take on using Starcraft as a means of education. Offered as an honors only online course titled, “21st Century Skills in Starcraft”, the course required no math, and instead focused on a hands-on approach to developing adaptive and quick decision-making and critical thinking skills by analyzing replays of Starcraft matches. In the course description, instructor Nathaniel Poling noted that these skills would  “undoubtedly” be needed in the 21st Century workplace and “are fundamental in Starcraft and therefore make the game a highly effective environment for students to analyze and take action in complex situations.”

When you think about it, it’s not hard to see how Starcraft, in addition to a variety of videogames played by college students often used to put off homework instead of working on it, is an effective method of teaching students critical thinking and analytical skills in the context of 21st Century problem solving. Instead of just being a textbook question of how these skills can be applied that often end up being so contrived that it loses any sense of reality it possessed in the first place, video games such as Starcraft offer a landscape based on real world situations, but within a certain set of constraints and useful information that’s easy to access and understand. Instead of being contrived situations, students are given a taste of what it’s like to sift through information and determine what is useful for them and what is not, but also get a simplified version of reality that makes learning a particular topic easier.