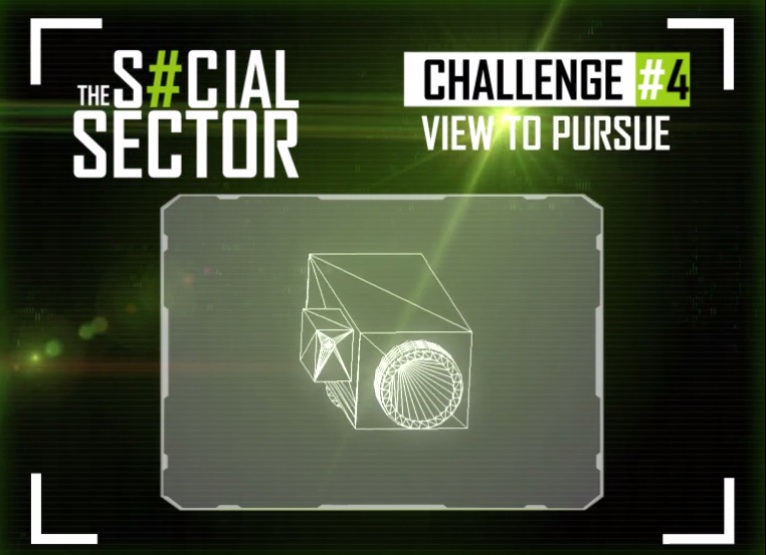 The following is an article by Marist College student, Alex Landa

Have you ever watched a mystery show and found yourself yelling at the television set “come on guys, the clue is right there!”? Have you ever solved the mystery within the first 10 minutes, only to find out at the end that you were right the entire time? How many times have you thought you should be the ones solving the case?

Well, now you can be.

Following the success of the Emmy-nominated game Hashtag Killer, PSYCH The S#cial Sector is a multiplatform game that allows fans of the series Psych to upload video content, play games, examine evidence, and post to a theory wall for the entire 8-week duration of the mystery. By interacting via computer or tablet, players can become active by using SocialSector.usanetwork.com or by tweeting using #SocialSector, all to help Shawn and Gus solve their latest mystery.

The opening of The S#cial Sector has Shawn watching an online reality show named “The S#cial Sector”, in which 6 contestants are involved in a last-man-standing competition. However, Shawn and Gus get involved when it’s discovered that when the contestants are eliminated each week, they are actually murdered. The guys seek help from their newly hired digital assistants, the fans or PSYCH-Os, by choosing the theories they like most from the Fan Theory Board and pick the best one to become part of the story. By playing the game, fans will be able to earn points on Club PSYCH which in turn can lead to physical goods and collector’s items. 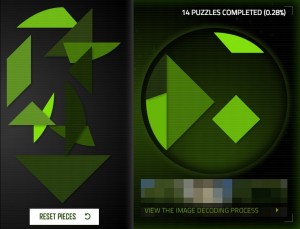 Simply put, this is a fantastic way for fans to voice their love and support of PSYCH and even create a story that could be cemented in history. Television, film, web pages, and video games are all attempting to push the boundaries of storytelling and to bring fan interaction to a new level. Let’s face it – we’ve all had our moments when we’ve talked to the T.V. as if we were really part of the story. Now, not only do we have the chance to interact with Shawn and Gus and solve a murder mystery, but we can join the other PSYCH-Os to band together and bring the killer to justice. Aside from being way more fun and engaging than talking to a screen, we also won’t weird out anyone else in the room with us.

Based on my experience with the game so far, I can see how this can be addicting, interactive, unique, yet time consuming. The first mini-game available is called ‘Pin-a-Pig’ with a simple goal to have 8000 pictures of pigs posted to a virtual board. Working together with other PSYCH-Os, all the fans can unite together to find adorable, funny, or silly pictures, and when the goal of 8000 is reached a clue will be revealed that will make a big difference later on in the mystery. Perhaps one of these pigs will lead to it? It will only be known if the PSYCH-Os work together. 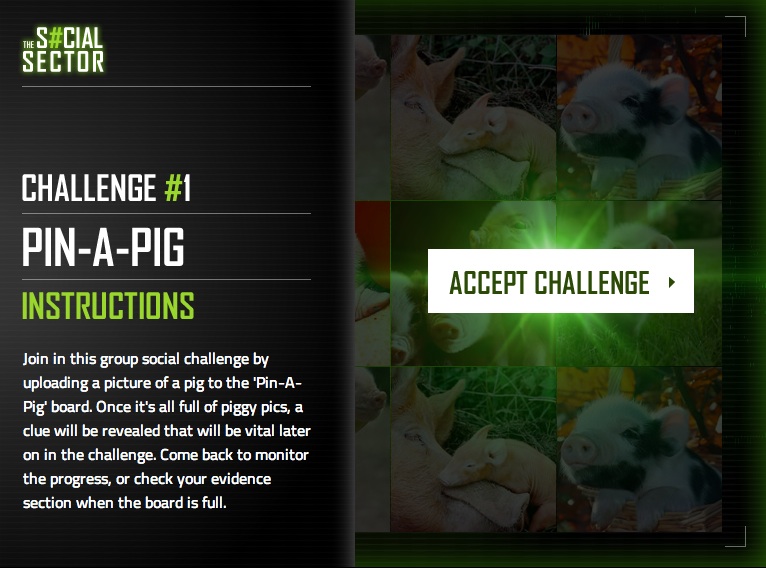 The Theory Wall is a great tool that has a lot of potential for fun and humor. People are able to create and upload their own thoughts and theories about the mystery – whether it’s a little idea, or a grand scheme, it can make all the difference and even be incorporated into the main story. The videos that are already up are definitely worth a view; people have been enjoying themselves and they put a lot of effort into these videos and it proves the fan loyalty to the series, as well as how seriously it’s being taken so short into the season.

The layout is clean and simple. You can easily access the games, videos, leaderboards, clues, and so on. The theme feels great too; it’s a mixture of modern technology yet it has a reality show appeal to it that fits the storyline perfectly. Whenever you click on a new section, there is a sort of top-secret-briefing transition that’s a nice little addition to the overall tone of the page. Everything is self-contained on the front page, so there’s no need to hop back-and-forth between multiple pages to understand this. It’s easy enough for people who aren’t tech savvy to understand it within minutes.

This is a great step in the future of storytelling that I hope many other companies, games, television shows, and other media will follow in the future. Even as a person with little knowledge of the series PSYCH, I can’t help but find myself eagerly awaiting the start of the next season and to start posting and creating theories. This goes to show that it’s engaging enough for someone who has little knowledge of the show to desire more and to start watching the show, and surely die-hard fans of PSYCH will fall in love with the game as many did with HashTag Killer.

Get working on solving the mystery, PSYCH-Os! Visit http://socialsector.usanetwork.com/ to play the game.