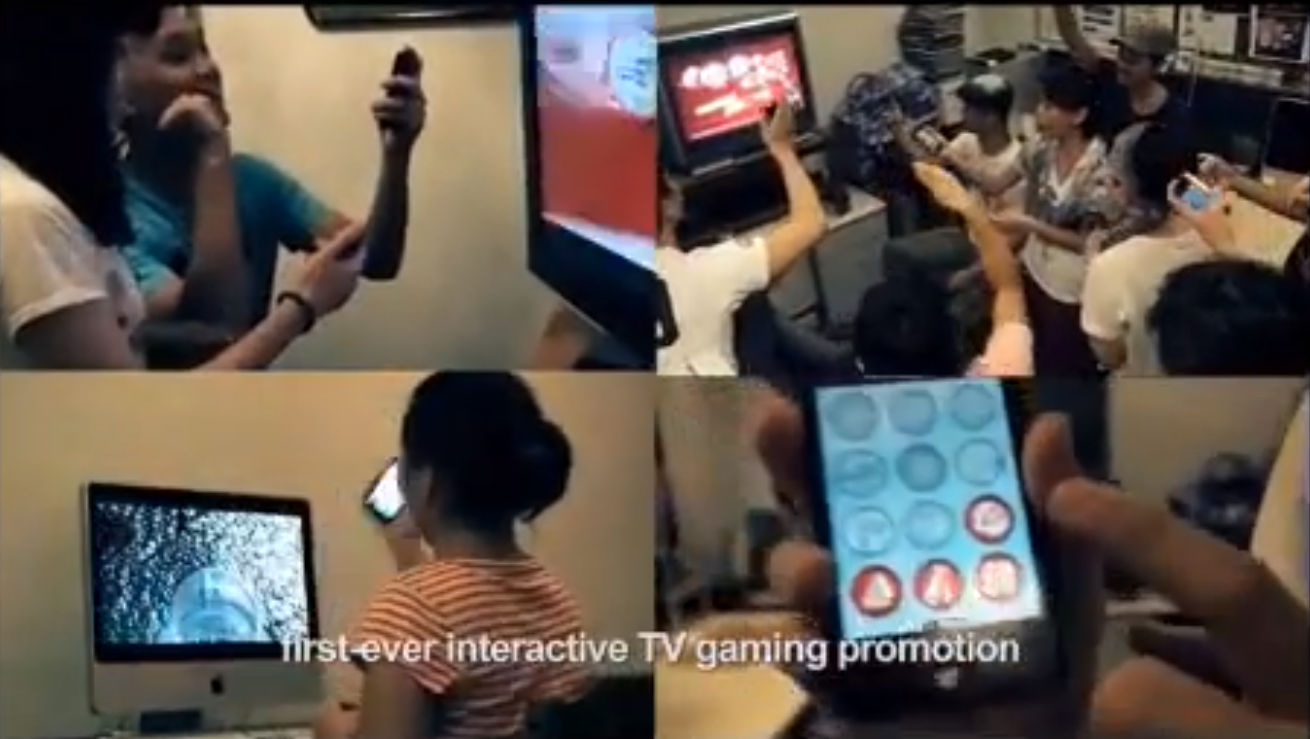 Coca-Cola has really been innovating with their marketing campaigns worldwide. We saw one Coke vending machine challenge mall visitors to dance for free Coke in South Korea. And another Coke machine in Europe challenged commuters to be James Bond to promote the release of Skyfall. Apparently, Coke isn’t done with using gamification for marketing as the Harvard Business Review blog shed some light on their Chok campaign — an initiative Coca-Cola claims to be the best Hong Kong marketing campaign they’ve accomplished in 35 years.

According to Wikipedia, Chok (擢樣) means “to forcefully make oneself look more handsome”. The word presumably has the onomatopoetic connotation of flinging or “chucking” objects, which is the basis of the interactive campaign.

Coca-Cola’s new Chinese television commercial allowed an interactive experience by allowing users to shake their phones at the screen to catch bottle caps and earn mobile games, discounts, and sweepstakes entries. Viewers simply had to launch the Coca-Cola Chok App and fling it at the commercial as it aired each night at 10PM. The video was also played in theaters, outdoor spaces, and on YouTube, which essentially allowed anyone to Chok as much as they wanted.

The campaign claimed a number of really strong accolades: It reached the top of the local app downloads for iOS in a single day, reached 380,000 downloads in one month, and the television commercial received over 9 million total views.

As Julia Kirby mentioned in her post, it is surprising that a public campaign that requires both prior knowledge of the event and the possession of a downloaded mobile app would work as well as it did but I believe that is a testament to the Coca-Cola marketing team’s ability to culturally appeal to the Hong Kong population while doling out free prizes in the process.

Coca-Cola really continues to be an innovative player in the marketing space by giving interactive and memorable experiences associated with their brand. You can watch the video below to learn more about the campaign:

Leave a Reply to A Guide to Techruptive Trends – Part 1 | ogilvydo.com Cancel reply