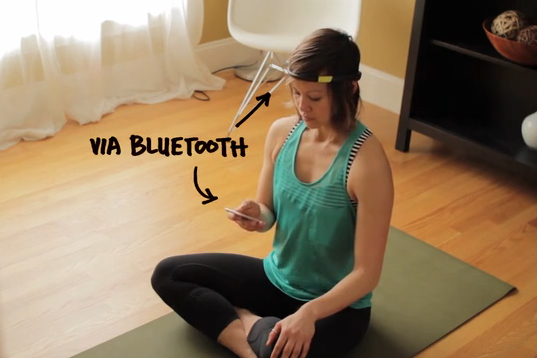 Activity trackers have become very popular among fitness enthusiasts, quantified-selfers, and gadget fans but are they making any sort of difference? I had mixed feelings about the Nike Fuelband when I reviewed it a year ago and Wired thinks it isn’t making you any healthier either. But maybe these glorified bluetooth accelerometers are missing a crucial feature: brainwave monitoring

Melon is a Kickstarter campaign that is seeking to bring brainwave monitoring into the world of activity tracking. After 1 week of their month-long campaign, they have already raised 160% of their requested $100,000. The creators are touting the headband as a way to “…improve your focus in relation to your activity, your environment, your emotions, and any other behavior you want to track.”

The device will use EEG (electroencephalography) to measure brain activity and will come with an iOS app that will provide feedback to the user on “how focused” they are during given any point. According to the screenshots, users will be able to log what activity their doing for a given time and the Melon headband will provide a “focus score” on a 1 – 10 scale to inform users when their brain most focused. Melon’s iOS app will also contain a number of games and exercises to help users improve their focus while using their band. 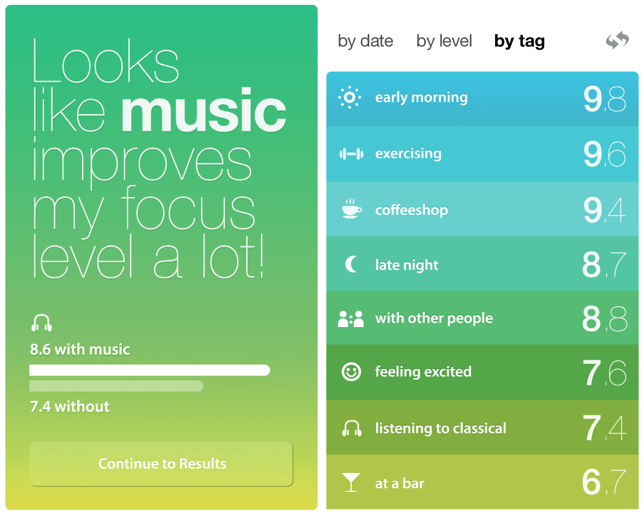 These features look like an attempt from the creators to address the issues with most activity trackers: most users simply don’t know what to do with the data they’ve acquired but it remains to be seen whether or not any of the headband’s tools will be practical. A common problem with educational games is the idea of “knowledge transference  — being good at an educational game does not necessarily mean you will be able to apply that knowledge to contexts outside of that game. Screenshots also demonstrate focus activity levels for going to the bar and I don’t see anyone actively monitoring brainwave activity as they’re introducing alcohol into that equation .

Despite this, the folks behind Melon have already funded their device and have added another stretch goal to include an accelerometer for activity tracking if they reach $200,000. It goes to show that people are at least enthusiastic about this functional headband.  Wearable technology is steadily becoming the next big emergent consumer gadget, especially with the advent of Google Glass (and Glassholes), even if its social-acceptance is still questionable at this time.

The excitement is there but it will be up to the Melon creators to provide an effective companion app that guides their users through the quantified self lifestyle and provide practical methods of applying this acquired data to improve lifestyle habits.

What do you think? Will Melon be the start of the next big thing in the quantified-self movement?