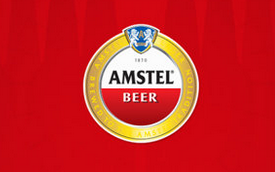 My very first post at Gamification Co involved a DIY-gamification project to retain etiquette at the dinner table. The premise was simple: everyone gathers their smartphone in the middle of the table at the start of a meal. If anyone checks their phone in that time, they’re forced to pay for everyone’s meal. I’m amazed that nobody else has taken this concept of cellphone abstination and turned it into an app (that I know of) until Amstel released their new iOS app to actually reward users for doing this.

Fast Company reports on a new initiative by Amstel that seeks to “…position itself as the beer of young men who work in international companies, are well paid, and spend most of their time in the office,”  according to Momchil Zakhariev, deputy creative director at Next-DC, the Bulgarian agency behind the app. “Our goal was to find a way to make these people feel freer by wholeheartedly enjoying their spare time.”

The app is designed to be left open and running as it calculates your time spent off the device in 30 minute intervals. Hit eight-long hours of waiting and you’ll be met with a (presumably) voucher for a free Amstel beer. The app description is unclear about whether or not it will provide multiple free beers for using the device. 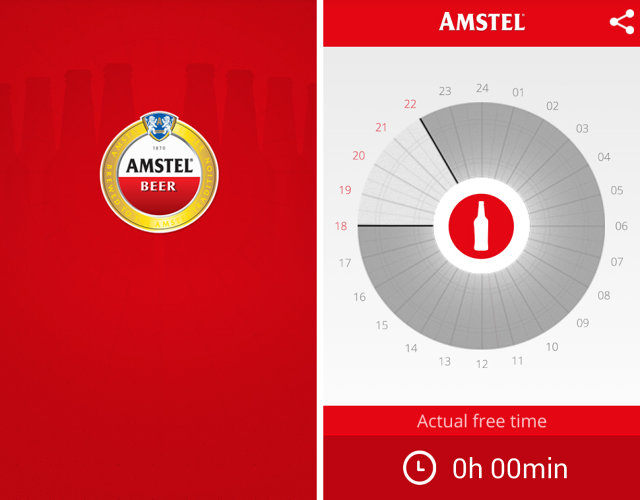 Smartphone abstination is just one of the campaigns Next-DC and Amstel are pursuing in an effort to truly reclaim “free-time” Earlier this year, they also offered free beers for individuals who locked their phone away in a locker for the night and for those who could simply take 3 minutes out of their day to take a break.

Agency cofounder and managing director. Maria Todorova said “Anxiety and stress were some of the problems we tried to solve. Our lives have become so dynamic that we rarely stop to reconsider how important this three-minute break is”

Amstel’s goal is clear: to associate their brand with relaxation and, presumably, happier simple times. However, this concept would probably be better executed if the waiting time was reduced to be a shorter reward interval and if the app did something useful instead of just force you to test your willpower.

It’s also fascinating to see how agencies are evolving their vending machine reward mechanics; Fantastic Delites and Coca Cola want you to breakdance for some free snacks and now pedestrians can do nothing for beer. Clever.

What do you think? Would you exchange 8 hours of off-time for a free Amstel?