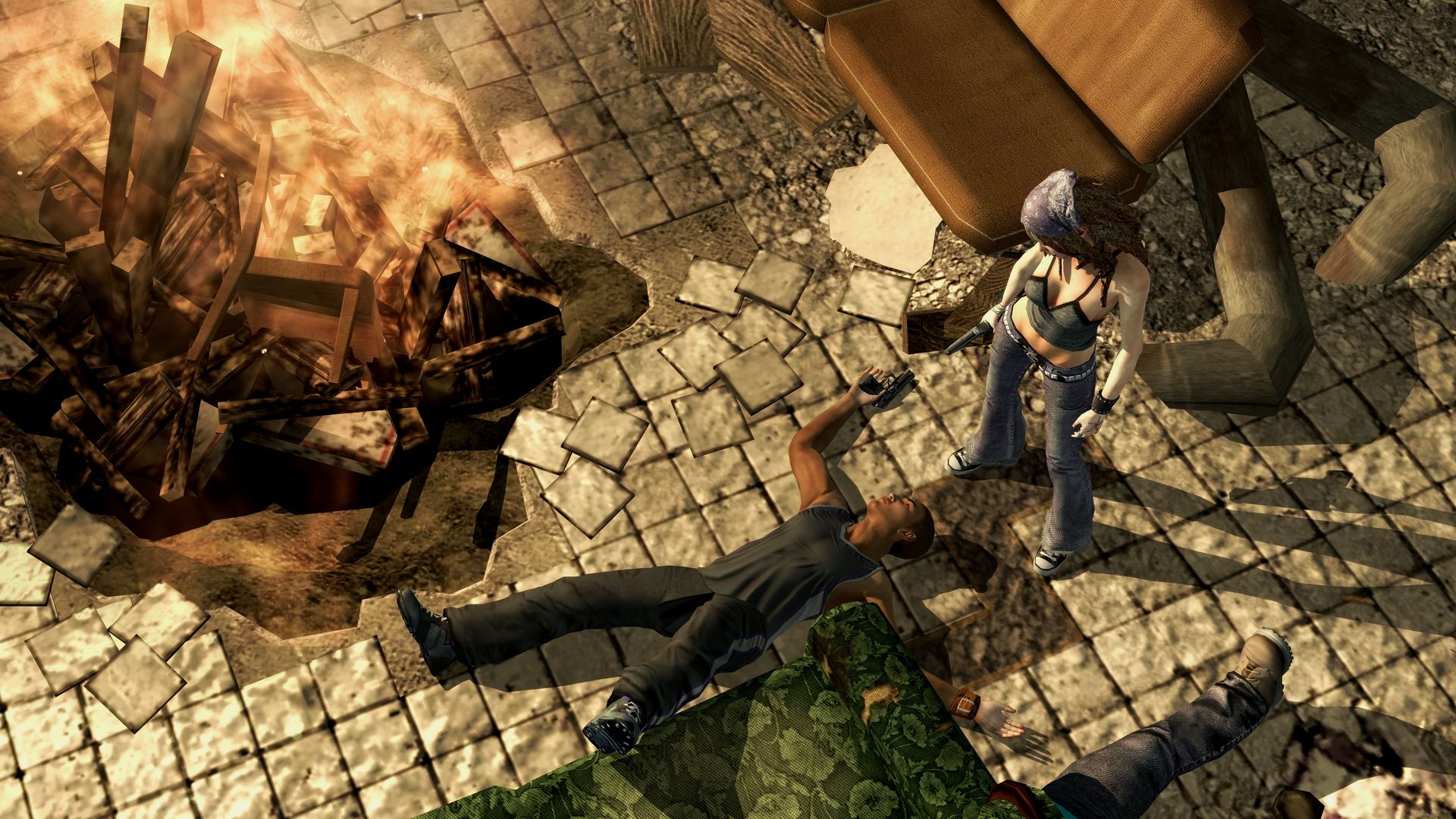 How does playing as a black avatar in a Video Game affect Cognitive Bias?

Two different experiments were conducted to find out whether white players assigned to play as black avatars made them more prone to develop racial bias against black people. Each study aimed approached this experiment from two angles, testing different types of game play and testing different degrees of immersion. The results were quite interesting…and probably what you’d expect.

Study #1: Playing with a Black Avatar

The first study was designed to find out if white males who played violent video games with a black avatar led to aggressive attitudes towards black people.

126 white college students (60% males) played Saints Row 2 with randomly assigned black or white avatars, and then had to play the designated mission, either with a violent goal or a non-violent goal.

Afterwards, the participants took the IAT (Implicit Association test), which was designed to detect unconscious racial bias. The results showed that the players with a black avatar and violent missions demonstrated more negative attitudes toward blacks than the ones playing as white avatars. The negative attitudes were measured by asking the participants to link white and black faces to positive or negative words. The research also registered how long they took to make the associations, and made the proper classifications (i.e. if one took longer to link a black face to a positive word more than a white face, it meant that they showed more negative attitudes towards black people).

141 students (65% female) were assigned with a random avatar (of light or dark skin) in one of the games: WWE Smackdown vs. RAW 2010 or Fight Night Round 4.  Afterwards, the players were tested with an IAT where they would link the black and white faces to pictures of harmful or harmless objects

Students were also tested for aggression levels by enabling them to feed hot sauce to unknown people once they knew they did not like it. The Hot Sauce Paradigm aggression measurement was first introduced in 1999, to substitute former tests with electrical shocks.

To benchmark any initial bias, 60 white female participants took the IAT three days prior to being immersed in a full 3d game world.

When it was time to experiment, the participants were embodied in a 3d world (with a wide field-of-view head mounted display and body tracking suit) as a black avatar where they performed exploratory tasks like describing their own virtual bodies, looking at themselves at the mirror and observe other players in the virtual room.

“By embodying participants in bodies of different skin color we sought to determine whether (i) we could induce a body-ownership illusion in a differently raced avatar, and (ii) whether the body-ownership illusion could reduce negative implicit responses toward that other race.” (Peck, T. et al, “Putting Yourself in the Skin of a Black Avatar Reduces Implicit Racial Bias”, 2013)

After the Immersive Virtual Reality session was over, the participants were asked to complete the questionnaire below in a 1-5 scale.

The scores between the pre and post-experience tests first confirmed that the embodying experience in this highly immersive environment is capable of inducing the illusion of ownership over the virtual body, and that this embodiment condition also decreased implicit racial bias.

While we don’t necessarily need the virtual reality technology to generate an emotional connection to a character, it seems like a matter of portrayal. As co-author Brad Bushman from the first study said himself to the Huffington Post:

“I would like to see Black characters in prosocial roles, such as doctors helping heal people instead of gang members trying to kill people”

One example that doesn’t have full virtual reality embodiment but still creates positive portrayal of a playable character is Lee from The Walking Dead adventure game by Telltale Games.

Although rated M for violent content, The Walking Dead  is a narrative-driven game that focuses on the development of the characters and their relationships, allowing the player to identify and connect with the characters. The game has also been used in classes to teach ethical theories and ethical dilemma, which by itself is a powerful example of how we can use games to generate empathy.

What’s your take on gaming’s effect of cognitive bias? Anything you’d like to know about the studies above? Let us know your take in the comments.