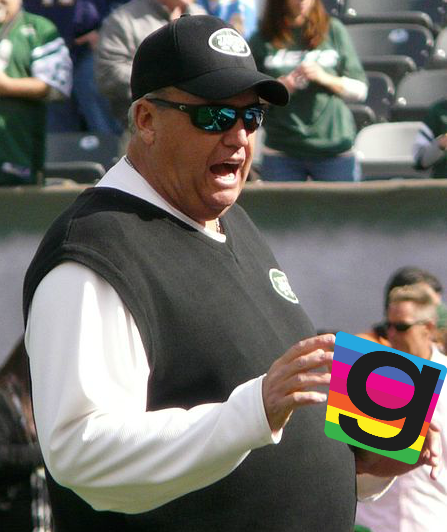 Last Sunday, the Jets took a huge victory over the Bills by a 21-point margin. Sanchez, Tebow, and Greene displayed an exceptional offensive performance as they blasted through the Bills’ defense. Perhaps if the Bills took some defensive lessons from Rex Ryan and his black jerseys during training camp, they would not have given up so many points.

During training camp, Ryan gave special black practice jerseys for players who excelled in specific drills.  Players were not notified of receiving the jersey neither; they would be surprised with the new practice jersey the very next day in front of all their fellow players. Ryan stated that the purpose of the special black jerseys was to inform players what the emphasis of each practice and to highlight the best performers. This also allowed the offensive players to know they were practicing against some of the better defensive players on the team and motivated the defensive players to perform even better.

While Ryan did not think the Jets needed this particular boost, he felt it simply added more competition and fun to training camp. The black training jerseys aren’t being used anymore but it is amazing how the use of Status from SAPS and a little bit of surprise and delight continually demonstrates its power. Using something as simple as a black jersey in a creative, gamified way can even make a beast like D’Brickashaw Ferguson feel jealous about having it.

(I also recognize that the photo of Ryan is outdated – just needed a Creative Commons picture to use!)