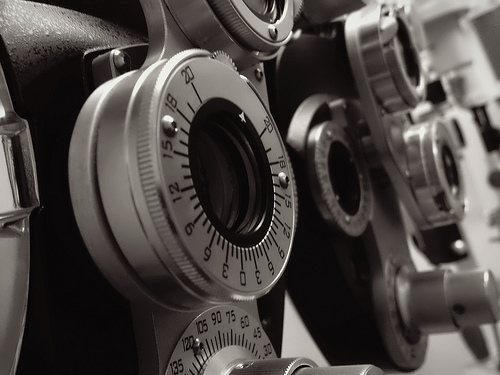 It’s funny – I’ve always thought that Tetris is the reason for some gamers having OCD and great organizational skills. Turns out that Tetris can fix lazy eye.

To go along with a trend in using video games to improve the health of players as seen in aiding senior citizen health and increasing multitasking abilities, doctors are now using Tetris to treat patients with lazy eyes. Featured in Current Biology, a team at McGill University found that Tetris worked better than the usual method of patching the good eye to force the weak eye to work on its own.

A study in the UK is already in production to test if Tetris can be used to treat children with amblyopia – lazy eye, which already affects up to 3% of the population. To summarize, lazy eye is when the vision of one eye doesn’t develop properly – causing that eye to look in a different direction than the healthy one. There can be natural or external causes, with long-term problems if gone untreated.

To counter the usual method listed above of covering the strong eye to enhance the weaker one, Dr. Robert Hess and his team in Montreal made an effort to try a different approach. Instead of forcing the weak eye to improve without relying on the healthy eye, Hess and team devised an experiment to make both eyes work together.

The team created goggles to be worn by nine volunteers with amblyopia for an hour a day for two weeks while playing Tetris.

Here’s where the catch kicks in – only one eye can see the falling objects, while the other eye sees the base with the already dropped blocks. For comparison sake, another group of nine volunteers played Tetris with their good eye patched and no goggles – more along the lines of traditional experiments.

Since adults tend not to benefit from patching anyway, it could be that the traditional treatment is detrimental. Hess followed up by saying that any computer game could work. “When we get the two eyes working together, we find the vision improves” Hess explains. His studies suggest that lazy eye may be a problem involving both eyes – therefore it’s beneficial to treat both rather than focusing on the one with the obvious problem.

“It’s much better than patching, much more enjoyable, it’s faster and it seems to work better.” says Hess.

It’s hard to argue that playing a game is almost always more fun than sitting and waiting for improvement. As shown that gaming can help dyslexic children learn to read better, gamification is proving to be more and more useful in the health field.

The only question that remains is, what system will you be playing Tetris on? Time to boot up the ‘ol NES.