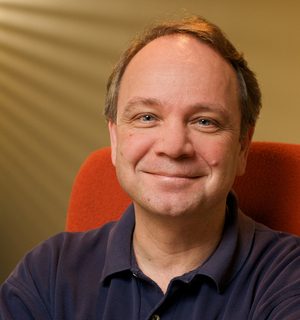 Highlights From This Year’s Games For Change

Last week, Games For Change had their 13th annual festival at the New School’s Parsons School of Design. New to the festival this year were three featured tracks participants could focus on: the Games for Learning Summit; health and neuroscience; and civics and social change.

Gamification.Co was lucky enough to attend, and from what we saw, some exciting new products and services are on their way to consumers’ hands.

Civilization for the Classroom

Perhaps the most exciting announcement out of Games for Change, Sid Meyer announced a partnership with Take-Two Interactive Software and Glasslab Games to release CivilizationEDU in the Fall of 2017. The first Civilization designed to integrate into classrooms, CivilizationEDU will include tools for teachers and students that help evaluate critical thinking.

Blue Goji has been gamifying cardio for several years through its exercise peripherals and games. Now, they’re entering the VR space with games designed to work in tandem with your workout. We got to try one at Games for Change, and the feeling of flight while on an elliptical is a hard one to describe (but definitely positive).

Jesse Schell delivered an excellent keynote regarding Virtual Reality / Augmented Reality experiences during the second day of Games for Change. His studio’s newest project, Happy Atoms, is a mix between digital learning and physical presence. Happy Atoms is a teaching tool centered around assembling atoms from models in real life and exploring those models in a digital companion app. Schell Games just launched their crowdfunding campaign this week.

Ever wanted to learn economics while playing an RPG? Then Wrainbo’s Magitech is just for you! Featured in the Games for Change Marketplace and mentored by a Duke University professor, Magitech’s gameplay is centered around analysis, production and trade in a fantasy setting.

Dontnod Entertainment’s Life is Strange was the big winner of Games for Change, earning the “Game of the Year” award and the “Most Significant Impact” award. Life is Strange is an episodic game about Max Caulfield, a senior that tries to use newly discovered time travel powers to rewind time and save her best friend Chloe. Life is Strange has a unique gameplay element for its genre, allowing players a great degree of control through its time manipulation mechanics.