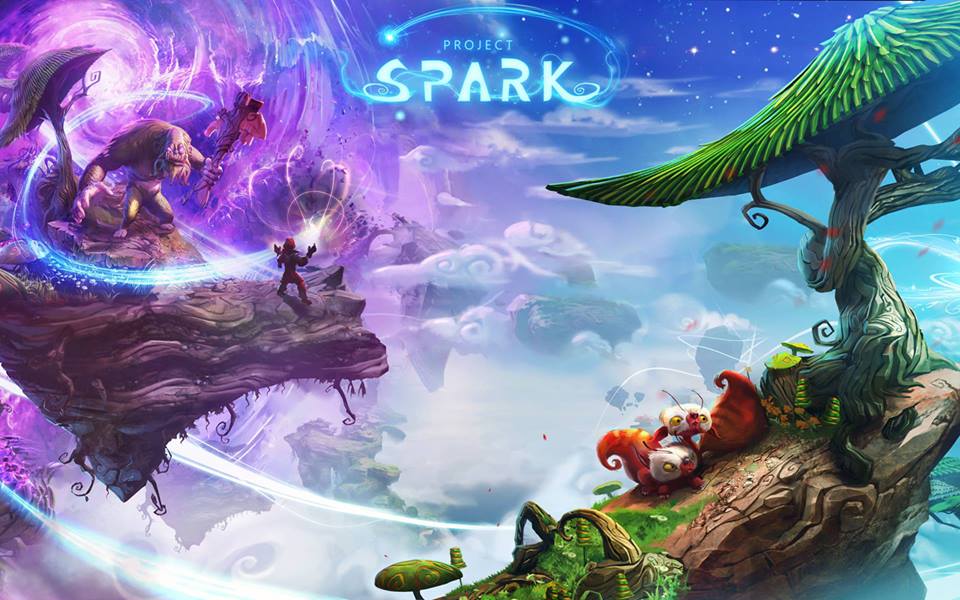 When there are no limits, what will you create?

The Electronic Entertainment Expo (E3 for short) is an annual event where developers showcase their latest electronic and gaming projects. Each year this event announces new video game consoles, games, and other media that are deserving of the big stage. Among this year’s presentation of the next round of console wars, shooters, sport games and RPGs, there was one announcement that stood out in the crowd as innovate to say the least: Project Spark.

Project Spark (PS) was a big part of Microsoft’s press conference at E3. The main concept behind PS is that players create their own worlds filled with characters, story, an evolving environment, or anything else they want. To add to the autonomy of the game, you can use Microsoft Smartglass as a touchscreen or Kinect with voice commands to build the world – the process is a complete experience and not just a game.

Like most customizing games, these worlds can be as simple or complex as you want them to be. If you want to focus on story you can simply build a basic world based out of “Story Starters” or you can go in and manually create as many rivers, trees, or mountains as you want. Do you want to focus on a story based out of a Medieval kingdom? Or would you rather create your own world from scratch in a lush forest with fairies, golems, and other creatures?

A big selling point among many games is the ability to create your own content, whether that’s a character, a map, or a game type. Similar games have some restrictions such as not being able to define the story or taking hours just to build a simple landscape. As seen in the video all it takes is a few voice commands to raise a landscape from flat to a thriving ecosystem.

What can we hope to see from this new breed of world-building game? If it’s anything like Minecraft or SimCity then Project Spark could be great in the education sector. It’s too early to tell the scope of that yet, but surely a teacher could guide student to creating an amazing world to further their creativity, writing, and balance skills. Games like this also allow for new technology to be built – Microsoft is already incorporating tablets and Kinect, so maybe virtual reality could be a plausible addition down the line.

Where do you think we will see Project Spark be involved? Could we see it in various fields, or will we just see amazing examples of worlds that people have created? Let us know!

Although the focus is for the upcoming Xbox One, the game will also be available for the 360, PC, and Windows 8 tablets this winter.