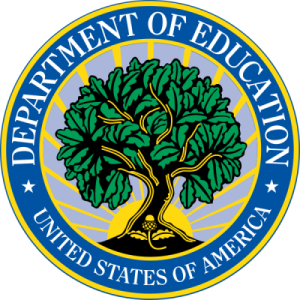 For most, this is old news. Games like Carmen Sandiego and Oregon Trail have been around for years and most of Generation Y has been playing these games as early as the third grade. So what happened to these games and why weren’t there more iconic educational tools like these in school?

There’s a simple answer: money. Before 2008 and the growth of the mobile device market, there was no real profit to be made for the developers of these games. Today, just about everyone has some sort of smartphone or tablet that allows for gaming anywhere. As a result, educational game development is once again becoming relevant. Dr. Edward Metz of the Institute of Education Sciences (IES), a research arm within the U.S. Department of Education, and SBIR program manager commented on the recent trend, saying “before 2008, educational games weren’t an obvious product for the industry because there wasn’t a clear distribution channel,” adding also that these platforms have “opened the door for developers to generate revenue”.

This past May, the IES announced the Small Business Innovation Research (SBIR) award winners, a competition for edtech companies to develop or continue to develop products for educational implementation. Out of the 200 some proposals, 20 companies received grants from the SBIR. What’s notable, however, is that 12 of the winners were game-related companies, nine of which received $900K – $1M in funding.

While surprising to most that the Department of Education would help fund this many game companies, Dr. Metz says that this isn’t the first time. In 2012, the IES gave grants to 11 companies, eight of which were game-related. Metz says, “from  programs point of view, we’ve always accepted educational games. Games can motivate and engage students, but also have adaptable software to scaffold learning, and provide feedback to teachers and students”.

Funding for the winners comes in three different forms: Phase I awards grant 150,000 in funding for 6 months, Phase II endow 900,000 for 2 years, and the Fast Track (Phase I & II) awards are a combined $150,000 for 6 months as part of Phase I and up to $900,000 for 2 years for Phase II. Some of the notable winners from this year and past include Sokikom and Filament Games, companies that focus on teaching math and natural sciences respectively through the use of games.

Metz noted that the while the funding for these companies primarily goes towards developing hardware and software for the projects themselves, a large portion goes to the research on how games can be incorporated in the classroom environment. He stressed that “more research needs to be done in cognition and student learning” so that we can accurately assess the effectiveness of these games.

With the new millennial generation already beginning to work their way through our current education system, it seems appropriate that games are one response to fixing a structure that has to now accommodate for students who have grown up with this sort of technology. Maybe these games are the solution to keeping students engaged and motivated. Maybe these are the tools for allowing for further differentiated instruction. And maybe, just maybe, this next generation can do something this past generation has failed for years to accomplish: finally catch Carmen Sandiego.