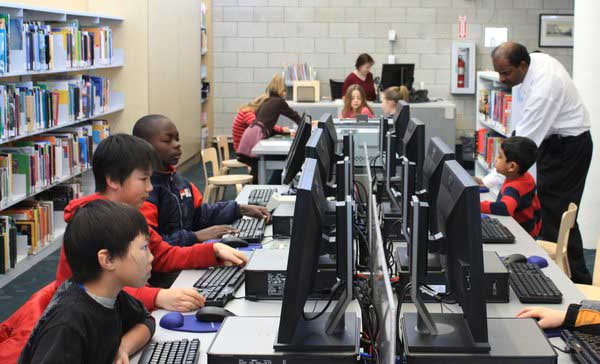 How Games Can Help With the Burden of Digitizing Archived Material

The British Library warned: by 2020, legacy content will remain undigitized and in danger of becoming inaccessible to future generations.

Universities, libraries, museums and archives own large amounts of undigitized material in the form of photographs, audio recordings and films that are at serious risk of being lost because of the wear time has put on them. Some are well-documented and just need to be digitized and tagged accordingly, but the problem is that a lot of the materials have little to no description in them. The job of tagging them requires collective input by multiple people  to guarantee that the tags are as comprehensive and impartial as they possibly can. It a costly and time consuming task, and it cannot be accurately done by recognition software.

The task of proper tagging is of utmost importance for future access, so is there a way we can motivate people to contribute to the preservation of legacy content while we still have time? Well, games of course!

As a reference case, Ross Smith from Microsoft dealt with a similar problem when he studied a way to optimize the quality assurance of Windows 7 localization. Catching errors in translation of thousands of operating system’s text boxes is a daunting task, requires many man hours and cross-check by different people to evaluate the same texts. The way Mr. Smith managed to attract the voluntary help from the company’s many international offices was through the Windows Language Quality Game, which required only one common skill – knowing your own native language. The feedback and point systems took care of the rest. They not only encouraged people to contribute to it by making it fun, but also channeled civic engagement by allowing everyone to help make Windows a better product. 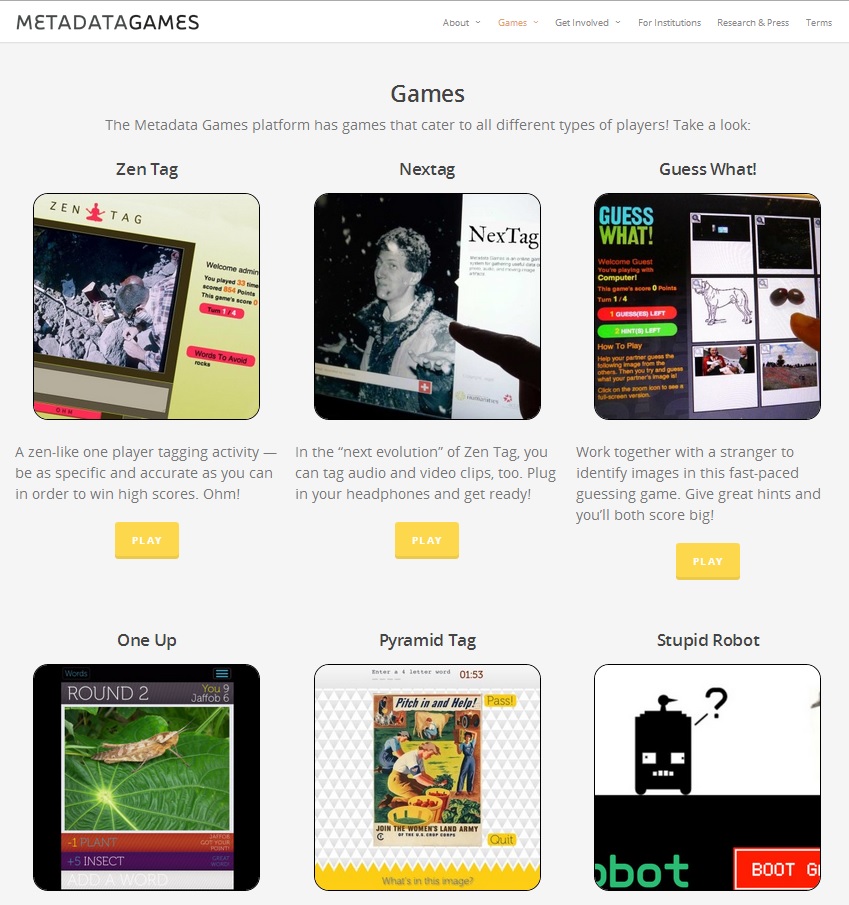 What resulted from the British Library’s call was a tool called Metadata Games by academic Mary Flanagan and archivist Peter Carini. It was designed specifically to work as a facilitator between the soon-to-be digitized materials and the people that want to help.

This toolset is comprised of games crafted around adding tags to these materials that need classification. Zen tag is a single player game where you add keywords/tags to the image displayed, and the system then evaluates each keyword giving you higher points for the ones previously used by other players. When a keyword is used by many players, it ends up in the taboo list, making it a forbidden word and therefore allowing for diversity. Nextag game follows the same rules, but the player tags audio and video clips.

In the multi-player spectrum, we have Guess What!. In this game the players are arranged in pairs, one sees an image and add keywords to describe it, and  the other sees a set of 12 images and has to guess which one best fits the keywords given by the first player.

One Up and Pyramid Tag are available on Android and IOS, they are also multi-player games where users try to guess each other’s descriptions of the image. Its content is made up of archival materials from libraries and archives around the world, allowing you to choose which library you want to contribute to.

Metadata games considers an item to be “Done” when it has gathered an overwhelming amount of taboo words and is being “passed” too much by the players.

Civic engagement drives collective action. People come together towards a set of tasks not approaching it as mandatory but voluntarily as they are motivated by the circumstances in which the set of tasks are embedded into. These sources are motivating people to participate in what turns out to be a crowdsourcing activity for a common good.

Here are some other crowdsourcing projects that inspired the making of Metadata Games:

Luis Von Ahn designed a game called ESP to properly tag images from the web, because current search engines rely on the text surrounding the image, which can sometimes be vague or misleading. The game was later bought by Google and called “Google Image Labeler”.

Flickr’s “The Commons” is a space within Flickr for the users to help catalog the World’s public photo archives by whether tagging or adding comments to the pictures. This contributes to making Flickr’s public photos more discoverable to the public.

New York Public Library’s “What’s on the Menu” project brought to light all the menus from restaurants since 1840’s for people to help transcribe so that it facilitates future searches on the eating habits at given time.

Galazy Zoo gives players the chance to see galaxies for the first time ever through a game of classifying the shape of the galaxies observed by the Sloan Digital Sky Survey, Hubble Space Telescope and the United Kingdom Infrared Telescope.

Important to note is that all of these crowdsourcing projects were completely voluntary, relying solely on the natural motivators instead of some form of extrinsic reward to drive the collective action. Also, another important aspect of design was the proper call for action, none of these are implying that people did paid work for free, but that they chose to help because this was an activity that evoked civic engagement and allowed them to have a sense of ownership on the legacy content that will be available for future generations.