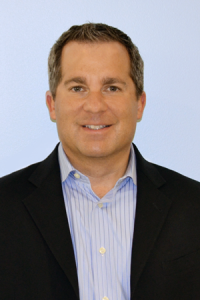 Jon Shalowitz’ arrival heralds a new direction for the number one gamification platform in the world. Badgeville’s new CEO stepped into office April 7th with a public introduction on the company blog.

Shalowitz has been in the business of CEO and founding leadership  for twenty years. His roots are no less indistinct, as an MBA graduate of Stanford’s School of Business and an alumni of Duke University, the new CEO embodies self-propelled ambition and success. His experience in redirecting, leading, and expanding the information and technology platforms CloudUP Networks, XDN, Inc, and SKYE are indications of the kind of future Badgeville no doubt expects to become its reality over the next few months.

The new Badgeville CEO has performed exceptionally in growing subscriptions, expanding enterprise territory, and soaring a fledgling company into a category leader throughout his career. With experience in founding an organization to leading another through acquisition, Jon Shalowitz has made his mark on taking a powerful leader in technology and information services and making it more successful than it could ever imagine.

There is no question as to why Shalowitz replaced the recent Ken Comee, successful CEO of Badgeville since April 2013 who solidified the company’s presence as the premier gamification service in the world. Though Comee’s clout, record, and efficacy cannot be questioned, it is Shalowitz’s legacy of change and growth that indicates there is a new depth to gamification coming. Badgeville is gearing up to expand their presence across more categories than they already reach. This new partnership of industry and ambitious mindset should be on your radar.

It’s been one month since he’s been introduced and Badgeville has already introduced some new and neat things into the company, like a brand new Behavior Lab. Keep an eye out for them at this year’s GSummit – we might see some even more fun stuff there too.