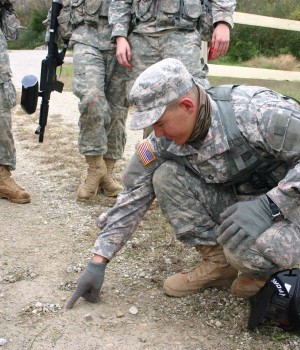 The U.S. Army Program Executive Office for Simulation, Training and Instrumentation (PEO STRI) put out a request for information last month entitled, “Games for Training (GFT) Next Generation Game (NGG).” In the release, the division made clear that a push towards updating their game based training programs is an absolute priority and that the search for interested vendors with applicable technologies has begun.

Their task, the press release says, is to create a “Next Generation game-based simulation” which will serve “to train individual Soldiers and small-to-medium units in a shared environment, providing varying levels of immersion.” Among the listed areas of interest are web-based, console, PC and augmented reality gaming platforms, suggesting that the U.S. military is moving to train its soldiers using gamification techniques far broader than its previous ventures.

The U.S. Army PEO STRI has, in the past, focused mostly on more physical simulations. Their tasks for the armed forces include the creation of realistic dummy targets for military exercises, the creation of immersive simulators for everything from vehicle training to medical response simulations, and even the creation of stock 3D assets to be used in simulations made by other divisions of the military. With this shift towards platform-based game based training, it is clear that they are looking to be able to provide much cleaner, faster and more cost-effective ways to utilize the benefits of gamification.

The U.S. Army’s well-known America’s Army video game has long been used as a recruitment and training tool, but a change in focus to producing in-house games for internal training purposes is entirely new. This project will undoubtedly be the first in a long line of many such games based training projects by the U.S. Armed Forces.