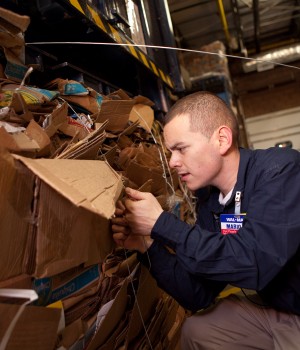 Warehouses and distribution centers are busy facilities with lots of moving parts. They’re also dangerous places where stacked pallets and forklifts can lead to workplace injuries. Those challenges are magnified at a global company, like Walmart, which must make sure that its widely dispersed workforce uniformly follows corporate safety procedures. The retailer found a way to improve worker training and reduce workplace injury through gamification.

Walmart’s approach to game-based training employs software from gamification startup company Axonify. The three-minute games provide safety information and include multiple choice questions on safety procedures that are interspersed within the game, explains The City Wire. Games include “Curvy Loop,” in which players must connect two points with the longest possible line; “Quiz Show,” in which players solve a word puzzle using image hints; and the memory sequence game “Simon Says.”

The games work because repeated instructions in short intervals, such as a three-minute game, are retained better than instructions offered in webinars or other long-form formats, Axonify says. The three-minute format is ideal for Walmart’s distribution centers because that’s the amount of time needed to recharge a forklift battery. While the battery is charging, the forklift operator can play the game, which cuts down on wasted downtime.

The Axonify games also foster a sense of friendly competition among workers, who accumulate points and achieve rankings based on their game performance. Shanda Nickson, a human resource officer at Walmart, told The City Wire that the games have encouraged workers to talk more about safety protocol. Administrators can review test performance data to see the questions that are missed most often, which tells management which areas need reinforcement. The software also tracks individual performance, making it possible to track the progress of individual users.