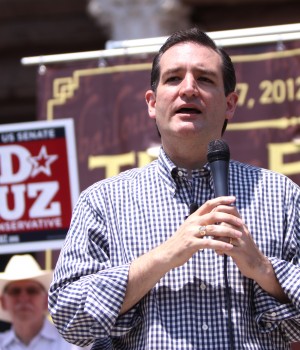 Gamification has been used in education to motivate students to learn and in private business to improve employee performance for years. It was only a matter of time before the technique began to be used in the political process.

The Ted Cruz for President Campaign has developed a game app to motivate supporters through social media, according to a recent Washington Examiner article. The app is called Cruz Crew. It is used to encourage supporters to take certain actions in support of the presidential candidate. Actions include sending invitations to other people to volunteer for the senator, donate to his campaign, promote him on social media and attend events via the app.

In return, the participant receives points. Thus far 2.5 million points have been awarded to participants for sending 100,000 invites and taking 67,000 other actions. A Cruz supporter named Darrell Greenwald, from California, is the top player, having earned 50,000 points for inviting 2,200 friends to support Cruz’s candidacy.

The Cruz Campaign is following a similar approach with a crowdfunding platform called Cruz Crowd. Participants get points for raising funds from small donors, recruiting other people to raise funds, and unlocking secret codes. Every participant has their own Cruz Crowd page where they can monitor their progress and that of the supporters they recruited.

The Ted Cruz for President Campaign is not only using gamification to raise money and increase the number of supporters, it is attempting to connect to the millennial age group. A huge voting bloc that is comfortable with using social media, President Barack Obama won election and then reelection based, in part, on his popularity with Millennials. It will be interesting to see whether these gamification initiatives of Ted Cruz’s campaign will be able to capture the desired target audience.