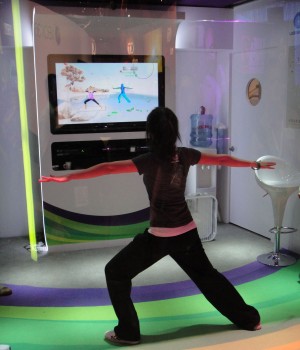 If someone gave you the chance to claim a reward in exchange for boosting your physical activity, would you do it? It turns out, a lot of people are taking up that offer, apparent in the growing number of examples of games in health finding a place in businesses. But executives at companies considering such programs might wonder whether they work. New research suggests that not only are patients participating in games, this participation is also leading to measurable improvements in health.

A new study analyzing the activities of more than 150,000 people found that using a software platform enabling subjects to track their health helped them their lower blood pressure. The platform used in the study came from startup company higi, whose fitness software offering enables people to track blood pressure and other health information. The software does more than tracking. By gamifying the tracking with the prospect of rewards, such as retail discounts and gym memberships, people are incentivized to achieve fitness goals, Medical Daily explains.

Nearly half of the study participants decreased their systolic blood pressure. Of those who racked up 20 “reward achievements” using the higi platform, about 85 percent of them lowered their blood pressure to the point where they became non-hypertensive, according to Medical Daily. That’s important because of the 80 million Americans that the American Heart Association estimates have high blood pressure, nearly 20 percent do not know it. The association adds that just half of those with high blood pressure have it under control.

The three-year study was funded by higi, so it’s not independent research. But the American Heart Association thought enough of the company’s research to allow scientists associated with the study to present the results during the scientific sessions at the association’s 2015 Council on Hypertension. From higi’s perspective, a system that gamifies heart health by bringing together tracking and rewards has the potential for playing an important role in improving cardiovascular outcomes.

“What we found in our study confirms what many have felt intuitively: when individuals are armed with their health data, they can make meaningful improvements in their health that may lead to lasting behavior change,” said Khan Siddiqui, who is both the chief technology officer and the chief medical officer at higi.