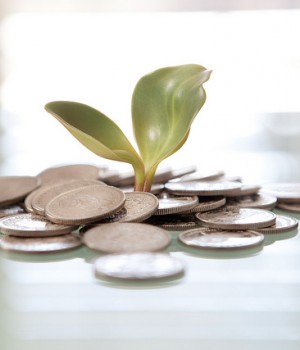 If you were listing five subjects that seem impossible to gamify, you probably would list personal finance first. Singapore-based start-up Jojonomic thinks it has cracked the code with its new financial management application, offered as what its CEO and founder Indrasto Budisantoso says is the antidote to the very low level of financial literacy in the company’s target geographic market, which is South East Asia.  The goal of the gamified mobile app, according to Budisantoso, former CEO of Groupon, is to facilitate personal finance management by minimizing the number of screens that a user had to work through in order to record transactions and by making it fun.

The “fun” element starts with the application’s slogan, which is “Silly easy personal finance” and its mascot, described as “a furry blue monster.” Gamification starts with the focus on winning “Jojo-points,” apparently awarded to the user each time he records a transaction, though the company’s recent press concerning the new app version does not elaborate on the value of the points or any related redemption opportunities. According to the Google Store, the key features of the application, which was launched in beta in April 2015, include budget-setting capabilities, access from multiple devices, ability to take pictures of the bills that are being paid through the application, ability to set financial goals, and programming of recurring transactions.

All of these capabilities – and more – are vital, according to Budisantoso, in helping its target millennial audience form good financial habits by “creating a pattern of consumption, investment and saving.” The need was validated, says Budisantoso, by a survey showing the majority of respondents in the largest cities in Southeast Asia were struggling to create or maintain those habits. So Budisantoso set out to create a gamified mobile app that would allow users to track their net worth and loans on which they were obligated as well as to set financial goals. The latest version is said to include “social media-like features” allowing the user to share financial tips and perspectives with “JoJoBuddies”.

Though the app is currently targeted at the South East Asia market, the developers say that it supports more than 150 currencies. For a subscription fee of $2.99 monthly, Jojonomic says that the app will also set financial goals consistent with the user’s planned expenditures, such as to buy a house or pay for a vacation. Jojonomic is currently available in both Google Play and the iPhone App Store, and the latest release is said to be compatible with the Apple watch.