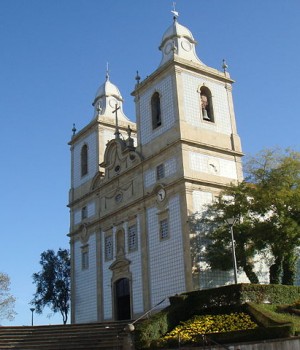 There are many approaches politicians use to try to encourage civic involvement and voter participation. Talking about government budgets is usually not one of them but the Portuguese town of Ovar took to a gamification approach to civic discussion, and to the politicians’ surprise, learned that it was a way to reach citizens of all ages. Businesses have already discovered how gamification can be used for enterprise engagement. It turns out that with some modification, those concepts also work for civic engagement.

Ovar turned its budget discussions into an approach it called “participatory budgeting.” According to Shareable, Ovar’s mayor, Salvador Malheiro, hoped this approach would better connect with the citizens – particularly young people. Citizens were encouraged to show their support for various budget proposals by voting online and in-person. The town opened voting to everyone over the age of 16. The engagement came via a leaderboard that displayed which budget proposals received the most support, which spurred people to turn out to vote.

A total of 38 proposals went before the voters. The top vote-getters were items related to social and sports projects, such as a skate park, according to Shareable. The participatory budgeting approach worked in bringing out citizens. Nearly 25 percent of the city’s residents voted on proposals in the city’s budget. But more than engaging the citizens, the exercise also saved time and money that would have been spent publicizing a mundane budget process that is usually ignored.

“They went to their families or to people in the streets and talked about participatory budgeting, about the projects, and asked support…. asked for votes,” Mayor Malheiro said, according to Shareable. “And they got them! That is public participation!”

Ovar’s success using gamification to boost public awareness and civic engagement in local government has inspired a Canadian city halfway around the world to do the same. Windsor, Ontario is now considering a gamified approach to its budget as a way of engaging its citizens, the Windsor Star reported. In this day and age plagued by voter apathy and political gridlock, Ovar, and perhaps soon Windsor, stand as examples that gamification can be a constructive tool for government.