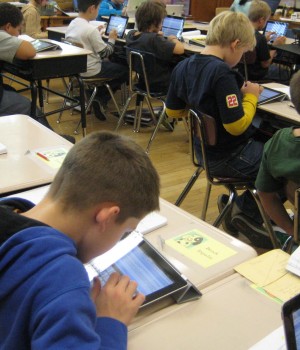 Many recent articles have been critical of the computer games industry siting evidence of the negative effects of computer games on learning and even on physical and mental health. These studies raise the alarm about how video games lead to addictions, violent behavior, sexism, lack of physical exercise and other terrible consequences in children.

However, some recent study reviews have suggested that those evaluations are short-sighted. A review by Professor Gerald Mattingly found that the consensus of research confirms how playing video games (both violent and non-violent types) improves visual attention as well as spatial-motor skills.

Gee, J. P. (2007). What video games have to teach us about learning and literacy (rev ed.). New York: Palgrave Macmillan.

The 2010  New Media Consortium (NMC) report points to the intensifying interest in game-based learning which is driven by clear successes in using games for military and industrial training as well as new research on cognitive benefits of game play. To quote the report,

“Developers and researchers are working in every area of game-based learning, including games that are goal-oriented; social game environments; non-digital games that are easy to construct and play; games developed expressly for education; and commercial games that lend themselves to refining team and group skills.”

Since 1999, a team led by Professor Chris Haskell of Boise State University have been developing a wide range of animated, curriculum-based games available on line or in physical form for classroom use. The group, called BrainPOP have been holding annual Games in Education symposia in Troy, New York since 2007. A sample of the contents of the most recent symposium suggest the breadth of current interest for games in education.