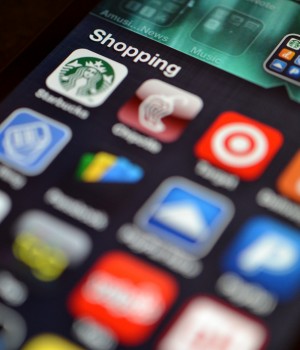 The latest innovation in the mobile shopping space is Biddl, a U.S.-only smartphone application that hopes to make the experience more entertaining and visually appealing by “combining mobile game mechanics and gamification with easy-to-use shopping features…” according to PRNewswire. Developed and released by Biddl Inc. for both iPhone/iPad and Android platforms on October 14, 2015, Biddl invites users to compete for high-end branded items.

The way that the application works is that bids are made in Biddl “currency” known as “Bidds.” Though each Bidd costs $.50, Biddl awards Bidds to new registrants and Bidds can also be bought at auction, at least at the present time. In fact, multi-Bidd groups (known as “Bidd Packs”) were sold in the first day auctions where a 50-Bidd Pack sold for $.04 and a 25-Bidd Pack sold for $.01.

Other items auctioned off in the first day that the application was live included Amazon gift cards of denominations of $10, $20 or $30 that sold for pennies. While the prices at which the items sold are shockingly low – a $20 Amazon gift card for $.02 – each penny of the price also reflects an expenditure of Bidds, which a buyer first has to purchase in order to participate in the auction and which are not refunded. Thus, while the auction presumably has only one winner (unless the Buy Now feature that we discuss later is utilized), Biddl essentially recovers the value of all Bidds that were expended by all bidders because those bidders have to purchase more Bidds to continue participating.

That being so, one of the FAQs quite appropriately alerts the user to the fact that a bidder needs to act strategically when bidding: “Since Bidds cost money,” the site advises, “you should not waste them by bidding fast and increase the auction price.” It also suggests that a bidder bid at different times of the day because levels of competition are likely to change depending on time of day and also to take into account how many other would-be buyers are bidding on the same item.

To soften the possible negative reaction when an unsuccessful bidder comes to understand that the Bidds that he has expended in the auction are not returned to his account (thereby greatly differentiating this site from traditional auction sites like eBay, where the amount bid is never expended unless you are the winning bidder), Biddl has introduced its own “Buy Now” feature. Essentially, a losing bidder can recover all of the Bidds that he expended on his unsuccessful campaign to win the auction if he agrees to buy the same model of an identical item at a “Buy Now” price offered in a limited time period – suggested to be one day – after the auction ended.

Biddl’s innovators say that they are positioning Biddl in what they perceived as a “gap in the market for gamified mobile shopping” by allowing users to make direct purchases, bid on auctions and play what they describe as a “fun mobile game.” Biddl also integrates Facebook by encouraging users to “share” their auction wins on Facebook, incentivizing those users with awards of Bidds for certain kinds of referrals.