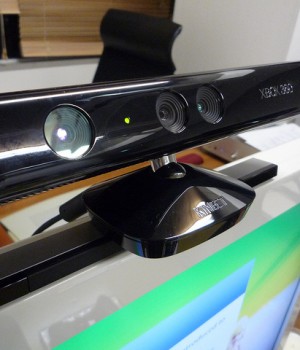 When Microsoft introduced its Kinect motion-sensing camera, the technology brought a new element to console gaming. Kinect tracks and captures a player’s movements, then translates them into the play of a game. Now a large pharmaceutical company is partnering with Microsoft to apply that technology for a therapeutic purpose. In a new application of games in health care, Novartis is betting that the Kinect technology can be used to track the progress of multiple sclerosis, and in turn, play a role in developing new treatments for the disease.

The muscular dysfunction of MS affects more than 400,000 people in the United States; 2.5 million people around the world, according to Healthline. The disease is diagnosed through a series of physical tests, which are observed by a physician. But MS is challenging to diagnose, in part because physicians rely on their memory and their eyesight to evaluate changes in a patient’s symptoms, explains Bloomberg Business. Imprecision in scoring these tests also causes problems for the drug companies trying to develop new treatments. The inconsistency means that drug companies need to test their therapies on more patients, which takes more time and money.

Novartis is working with Microsoft to develop a system called AssessMS. The technology will use a Kinect motion-sensing camera to capture the physical movements that patients do in the standard MS-diagnostic tests. Software will recognize the degree of impairment, which will help physicians diagnose the disease. At least, that’s what researchers are hoping.

More work still needs to be done. Microsoft still needs to prove that its technology will work in this new diagnostic application. And Novartis will need to get the Food and Drug Administration to approve the new device for use in this new diagnostic application. But researchers are hopeful. If it works, a technology that was originally developed to make console games more interactive for players will have a hand in paving the way for new treatments for patients.