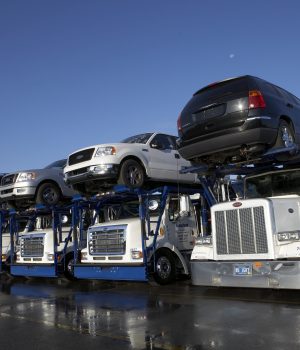 In the transportation business, you’re only making money when you’re moving something, either products or people. But transportation companies know all too well that for much of the time, engines are running when vehicles aren’t moving, either because the vehicle is stuck in traffic or it’s left on while parked. Traffic congestion is inevitable. But idling during delivery stops should not be. Telogis Coach turns engine idling management into a game.

Idling here and there may seem inconsequential, but it adds up. Running the engine when a vehicle isn’t moving wastes fuel and adds to engine wear and tear. Companies can employ policies and training employees on ways to reduce idling. But Telogis Coach saves on fuel and engine wear by gamifying these employee training efforts. The software encourages drivers to switch engines off when appropriate by scoring them based on how much idling they do, according to Fleet Equipment magazine. The game can also be configured to evaluate drivers on other metrics, such as overall miles-per-gallon driving, or on-time starts. Drivers can view their scores, as well as well as their position relative to other drivers, which encourages drivers to improve their position on the leader board.

The rankings aren’t about shaming. In some cases, a small number of drivers might be the source of the problem. But gamification works by motivating all workers to improve, and it shows them where and how to improve, Fleet Equipment magazine explains. These kinds of programs produce real results. Atkinson Construction, for example, tells the magazine that its use of the Telogis software cut idling of its fleet by 50 percent.

Telogis has since caught the eye of much larger companies. Apple reached a deal with Telogis that will allow fleets to use the Telogis software on Apple’s iPads, iPhones, and Apple Watches. The deal could be a winner for fleet companies because it means that fleets will no longer have to rely on expensive, dedicated hardware that is associated with older fleet management systems, Computerworld explains. That means that more fleets will be able to bring these idling reduction strategies to their drives, saving on fuel and maintenance costs in the process.