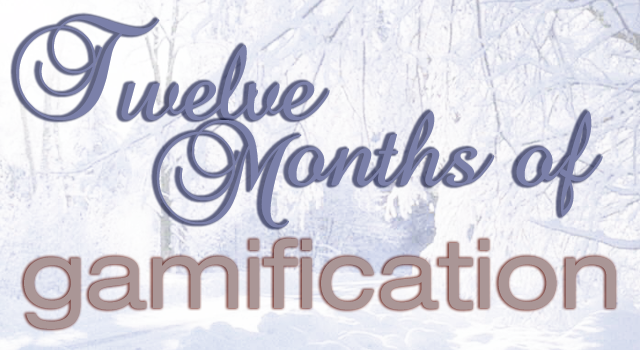 by Kevin Shane and Jeff Lopez

On the first month in gamification, we held the inaugural Gamification Summit in San Francisco, kicking off a year that has proven to be an exciting one for the industry as a whole. From funding rounds, to innovative products, to analysis and predictions, 2011 has seen the acceleration of gamification into established business, start-ups, non-profit enterprises, and more. New developments have been coming at a rapid pace, and with Gartner placing gamification near the top of its hype cycle, there have also been some missteps and lessons learned along the way.

On the First Month: Reality Gets Better
The first ever Gamification Summit brought together top thought leaders in game mechanics and engagement science for the first time. The summit sold out far in advance of the opening day on January 20, and the auditorium was standing room only for the keynotes by Gabe Zichermann and Jane McGonigal. The Summit coincided with the release of Jane’s book, Reality is Broken, a work that first began to define the industry.

On the Second Month: Health Sets the Pace
February saw the rise of the gamified health app. Although health games have been a focus for years, events like GDC’s Serious Games Summit uncovered how gamified solutions have begun to reach maturity in fitness, diet, and general health. Fold.it, Mindbloom and FitBit were some great early examples of how games encourage the first steps towards a healthy future.

On the Third, Fourth, and Fifth Month: Spring Shoots
Following the first GSummit, interest in gamification began to go global. The 2011 Gamification Workshop Series created productive discussion on gamification in Australia, Sweden, Singapore, and in many cities around the United States. With a growing body of both early and proven case studies, there was a high demand for education around gamification. Businessweek and others cut through the hype to provide Guides to Gamification and expand teachings on cutting edge developments.

On the Sixth and Seventh Months: Summer of Funding
The summer was a hot time for investing in gamification. Following a $6.5 million round for Bunchball in June, Badgeville wasn’t to be left behind. They picked up $12 million in a Series B round with investments from Norwest Ventures and El Dorado Ventures adding to the previous Series A from Trinity Ventures and Webb Investment Networks. Other large rounds by Gigya, Recyclebank, Keas, Crowdtwist and SCVNGR have shown that this is really just the tip of the iceberg, and 2012 promises to be larger. According to M2 Research, the size of the gamification market, currently estimated at around $100MM, will grow to more than $2.8B by 2016.

On the Eighth Month: Going Deep
Reality is Broken and other titles had paved the way for gamification, but August saw the release of Gamification by Design, the first book to provide readers with process oriented strategy and tactics. The book covers what is needed to integrate game mechanics into any kind of consumer-facing website or mobile app. Published by O’Reilly, Gamification by Design was a step towards cutting through the hype and getting to work on designing and developing gamified solutions.

On the Ninth Month: Maturing
Gamification saw its first acquisition in September when BigDoor acquired OneTrueFan, signaling maturation in the market. The second Gamification Summit was held in New York, to great success thanks to great presentations from Mint.com, 42Entertainment and others. But alongside any maturity comes a stage of self-inspection and occasional awkwardness. An active debate between Gabe Zichermann and Sebastian Deterding arose over the soul of gamification, raising questions of process, motivation, and meaning.

On the Tenth and Eleventh Month: Gamification Goes Mainstream
Many have balked at the idea of gamification of the enterprise and incorporating play into work and work into play. Despite all that, the fall saw huge leaps in the idea of having fun at work. The Wall Street Journal finally caught on and began to cover the shift in companies such as Rypple and their large contribution to the concept of the social enterprise. Gamification platforms such as Bunchball went a step further by introducing gamified solutions to SaaS products such as Salesforce and Jive, promising fundamental shifts in the way we work.

On the Twelfth Month: A Look to the Future
Earlier this month, Salesforce.com acquired Rypple, promising that social enterprise has gone mainstream. The entire year has seen big shifts and developments, and some of these give a signal to what the future may bring. According to M2Research gamification vendors are projecting 197% growth in 2012, up from 155% in 2011. Expanding the horizon, Gartner’s research foresees that 70% of Global 2000 organizations will have at least one gamified application, and returning to M2, the size of the gamification market will have grown from $100Million today to over $2.8Billion by 2016. These are predictions, but no matter how you see the future, the past year has been a tremendous one for gamification.