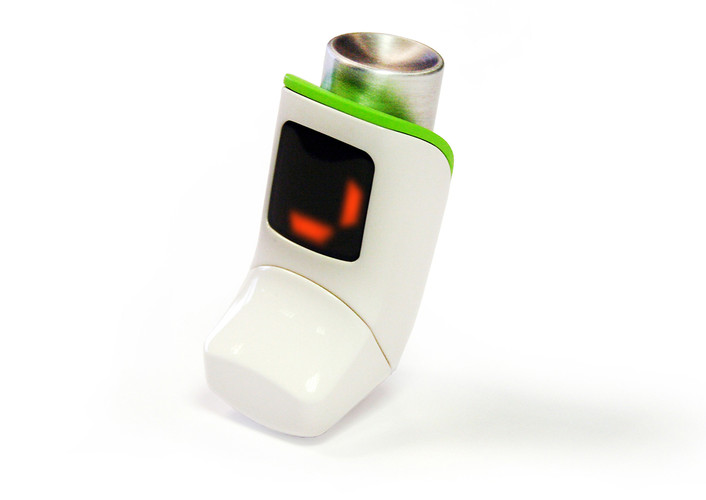 A recent article in the FastCo.Design blog highlights the T-Haler, a training inhaler prototype that, according to the creators can increase proper inhaler use three-fold in just three minutes of training.

That may not sound like a huge deal.  Even someone who isn’t asthmatic and has never used an inhaler can probably visualize the process: shake, press down and take a big-gulp inhale.  Easy enough?  Not quite.  Apparently, nearly 75% of patients use their inhalers improperly–an error that can lead to hospitalization, even death.

What the T-Haler creators stumbled upon was a designer’s dream: a mundane, overlooked everyday process that was causing a lot of people a lot of trouble (see the OXO good grips design philosophy).

Enter gamification.  While the gamified solution they landed upon may be simple, it is a wonderful example of just how effective and entertaining training becomes when it involves breaking down systems, providing real time feedback and an objective goal.

Consider the problem: during an asthma attack, you become short of breath and probably panicky.  You use your inhaler, the tool you carry constantly to put the brakes on this terrifying process.  Unfortunately, nothing happens.  Not only do you not know what you did incorrectly, you are punished with a rapidly worsening condition that will probably land you in an ambulance.  It’s hard to imagine a worse learning scenario.

The T-haler provides users with a learning process that is simple, responsive and fun.  The game, which uses a sensor-equipped inhaler and computer software, initiates users by breaking down the inhaler-process into three phases: shaking, actuation (i.e. pressing the ‘button’ without inhaling) and inhaling.  Users are shown proper technique and guided through each phase after they complete it successfully. The users’ performance results are then evaluated.  When they veer off course (i.e. by inhaling too softly or too late) this is represented graphically by a ball rolling towards but missing a hole and ending instead in a zone denoting their mistake.  When everything runs smoothly, the ball sinks into the hole, providing the patient with a graphical representation of their success.  I think it’s worth noting that ‘getting a ball into a hole’ is also a much more relaxing goal than ‘restoring my rapidly degrading ability to breathe.’

Simple, certainly–but the T-haler reveals something about good design and gamification that is important to pay attention to.  By injecting awareness and feedback into even the simplest systems, the results can be astonishing.  Three minutes with the software and device can save users future moments of panic, trips to the hospital, even their lives.  Not too mention, they can have a little fun while they’re at it.

Check it out below: