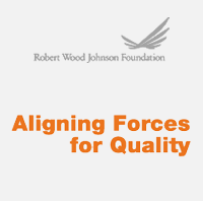 What better way is there to entice gamifiers and game-designers to work than to hold a friendly competition? The Robert Wood Johnson Foundation (RWJF) is holding a $200,000 competition to find the best game applications to improve individual and community health.

The Aligning Forces for Quality (AF4Q) Games to Generate Data Challenge will be an open contest that will challenge developing teams to take data from the RWJF and apply it to improving health care with games. This contest is the second cash challenge sponsored by the Aligning Forces for Quality, which previously challenged designers to create gamified applications that assisted healthcare practitioners in generating quality data.

Interested developers have until February 22, 2013 to submit their applications for Phase One in an open ideation phase. The top five submissions will then be selected to move on into phase two, where they will expound upon their ideas and compete for a $100,000 first-place prize, a $50,000 second-place prize, and a third-place $25,000 prize. Winners will be announced in September 2013 and the top prize winner will also receive the opportunity to present their gamified application at the annual Fall Health 2.0 conference.

While critics are often quick to dismiss the potential benefits of emerging technologies, like big data and gamification, which interestingly enough appear next to each other on Gartner’s 2012 Hype Cycle, the RWJF’s contests seek to produce applications that rely on hard medical data to work. Any positive benefits from the applications produced from these contests will have to work in such a way that is measurable and reproducible to be viable for healthcare environments and I am very optimistic about the potential for these winning games.

You can register for the challenge at the Health 2.0 Conference website, which will be accepting applications until February 22, 2013.