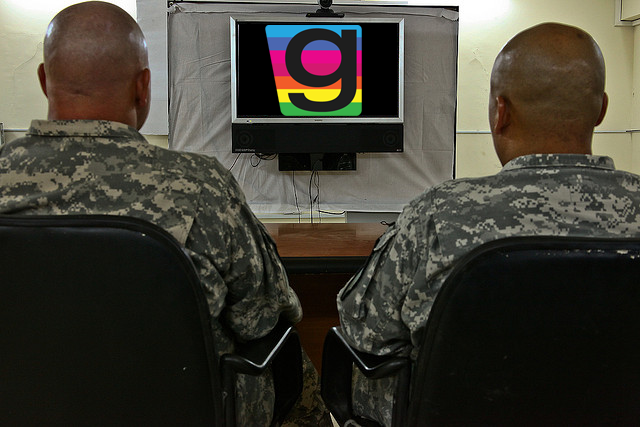 The Army reported its highest suicide rate in history among active duty soldiers in July; 38 deaths were either suspected or confirmed as suicide.  Some experts believe that as more troops are drawn down from combat more soldiers are experiencing difficulty coping with emotional adjustments as they return home.  Another study found that among 72 soldiers who had attempted suicide, all 72 surveyed indicated a major reason for their attempted suicide was a desire to end intense emotional stress.  The Department of Veteran Affairs estimates that between 11 and 20% of veterans of the Iraq and Afghanistan wars suffer from PTSD.  Yet many soldiers who suffer from PTSD are reluctant to seek help and their loved ones may not know how to encourage them to do so.  Some researchers are now using games in health as a strategy to get veterans the help they need. “Family of Heroes” by Kognito is an online simulation that helps equip families and friends of veterans to recognize symptoms of post-deployment stress and encourage veterans to seek help at the VA.

“Family of Heroes” is a one hour simulation game designed for families and friends of returning veterans.  The goal of the simulation is to equip veterans’ friends and family members to support returning veterans as they adjust to post-deployment life.  The simulation uses a virtual environment to educate users about post-deployment stress, what to do in a mental-health crisis, and what mental-health services are available through the VA.  Users then progress through a series of three mini games in which they interact with an emotionally responsive veteran avatar and have to use appropriate conversation techniques to accomplish a specific goal.  Goals might be de-escalating an argument, re-negotiating family responsibilities after deployment, or encouraging a returning veteran to get help from the VA.  Players get feedback on their performance throughout the game and can either win or lose the game depending on which conversation strategies they choose.

A study of 94 participants found that “Family of Heroes” was an effective tool at helping members of a veteran’s support network understand post-deployment stress and preparing friends and family members to encourage their veteran to seek help.  Of those surveyed, 22% of the veterans approached by the group participating in “Family of Heroes” began mental-health treatment during the one-month study period.  Only 12% of veterans approached by participants in the control group began treatment.  Participants also reported that they felt better educated about post-deployment stress and were more likely to approach veterans when they recognized signs of post-deployment stress.  The game is not currently available in all areas, but organizations interested in participating can purchase licenses by contacting Kognito directly.

Image by The U.S. Army