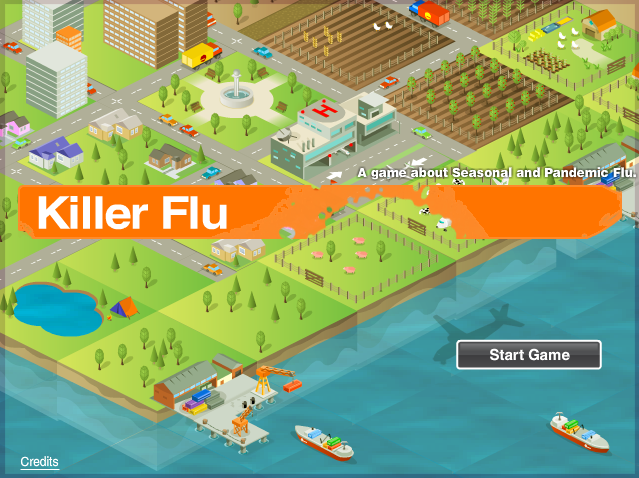 No vaccines for this killer flu game

If you haven’t already noticed, the 2013 strain of influenza is reaching “epidemic” proportions and people all over your Facebook have been strangely bragging about contracting this “flu thing”.

While there’s little we can do besides avoiding other sick people and bathing in hand sanitizer, there is a way to educate ourselves more about how influenza spreads and avoid blowing the entire problem out of proportion.

The UK Clinical Virology Network has released the Killer Flu Game as a way of explaining how viral infection works and how its actually rather difficult to infect everyone in a given area despite mutating strains. In a similar way to the Pandemic game, you act as a virus and infect people of different occupations in various places. The goal is to mutate and infect at least 15% of the world’s population.

Its a tad morbid but the presentation is cute and has some nice music accompanied with this biological warfare.

Play the game and infect everyone!