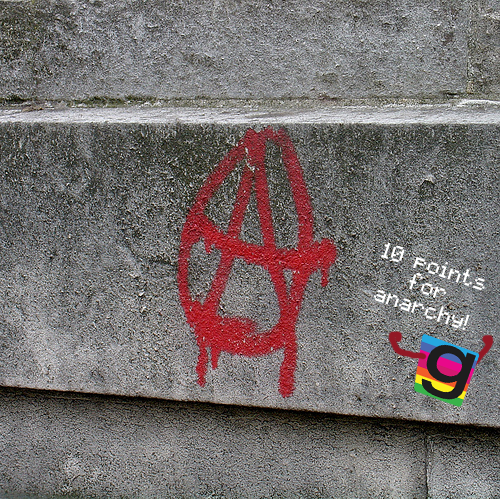 Why is it that the Europeans are the ones doing really cool shit with gamification? Here in the states it seems a new gamified app is released daily in the hopes of getting each of us to run a little bit faster, stay a bit more organized, get our kindergarteners to read more, or increase our personal sales goal (exponentially in many cases). We are each in a constant race to improve ourselves, and we’re doing it with applications and objectives that would make Mr. Rogers and the Elders in the Church of Latter Day Saints smile. It’s all so boring.

Europeans on the other hand tend to create quirky, often edgy games to get citizens to obey the speed limit, decrease the rate of public urination, or promote safer sex practices in young people. They’re jogging on a steady sprint toward better conditions for society at large. These games tend to be fun, involve entire communities and take players away from their smart phones into a gamified reality.  And when they don’t like what society is doing? Well then some decide to create a game to bring that society down.

The Guardian recently brought to light a game called Camover in which activists fed up with Berlin’s (some feel) ubiquitous CCTV security cameras reward Berliners who put on a ski-mask, tear the controversial cameras off the walls, and make off with them. Players are given points for the number of cameras they destroy and for the level of creativity that goes into destroying them. To be graded by the anonymous creator of Camover players need to document footage of themselves destroying the cameras and upload them to a website.

The most exciting aspect of this story to me was this statement from The Guardian:

“We thought it would motivate inactive people out there if we made a video-invitation to this reality-game,” the creator of Camover (who wanted to remain anonymous) told me. “Although we call it a game, we are quite serious about it: our aim is to destroy as many cameras as possible and to have an influence on video surveillance in our cities.”

“To motivate inactive people” and “Although we call it a game, we are quite serious about it” are the reasons given by nearly every person who uses gamification as a strategy to explain why they go this route. The prize for the individual winning Camover is a spot on the front line of a major protest to take place on February 16th. Winners get Status and Access. The overall prize for the people behind the game has been more attention to their cause. Whether it results in a backlash with increased sympathy for the police remains to be seen (it can’t be very pleasant to ride a subway car or walk alone on the streets of Berlin and see a group of aggressive masked bandits appear out of nowhere). When it comes to igniting people passionately opposed to the camera issue to get up from their seats and do something, it’s hard to argue that they weren’t engaged by this game. The creators claim to have snuffed out as many as 50 cameras since the game began a few weeks ago.

However you may feel about people breaking the law to assert their agenda before the democratic process has had a chance to decide the issue, Camover is engaged in what may be a very effective guerrilla marketing tactic. In terms of the lessons for gamification designers, I see in Camover the intertwining of extrinsic motivation to boost hardcore intrinsic motivation, not replace it.

I must confess however that my first reaction to this story was an open question -if this can work to encourage more people to engage in vandalism, might it be effectively used some day to encourage greater volunteerism and community service? I guess my goody-two shoes Mr. Rogers Americanness is showing its blindingly white capped teeth.  The creators of Camover meanwhile would probably argue that they are performing a community service. Volunteerism in a ski Mask. It’s the new black!