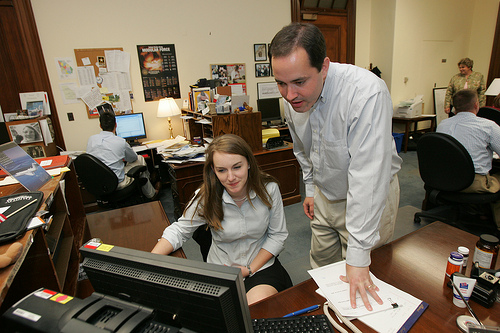 How Companies Are Using Gamified Training

Currently, gamified training are most effective when implementers employ a competitive training environment coupled with a collaborative nature among users. One such company is MyReportPlan which uses a competitive nature in gamification training for its customer service representatives.

Its staff are divided into two teams, each representing the customer side and service representatives. In their respective teams, the customer side would conceive difficult problems for the agents to address as quickly as possible.

Company spokesman John Fraser sums up the purposes of training, “This type of competitive training helps prepare our customer service reps for any type of situation they may find themselves dealing with…It also makes training fun, which ensures that the workers pay attention to it.” As a result, myreportplan has witnessed a 58 percent increase in customer satisfaction after teams that have undergone gamified training.

While firms take advantage of the competition and collaboration, the aims of utilizing gamified training varies accordingly to a company’s overall goals and objectives. Thus far, gamified training has been used mostly for the purposes of instilling a company’s corporate values and policies like Orbit Group has.

As one of the largest housing groups in the country, Orbit Group has to train its 3,000 employees on the dry but necessary subject of data protection. Working with Creative Bridge, a board game called You’re Secure was developed which imparts data protection principles to the employees while introducing them realistic scenarios.

Subsequently, a Nintendo Wii version of the board game was also created and the two mediums are being used for Orbit’s training routines around the world. “The board game and the digital game encouraged trainees to get up off their chair and move around, and digital media such as the PC game controlled by a Wii controller enables fun to be brought into a more serious topic,” says Paula Tighe, head of information governance at Orbit.

It is exciting to see is that companies are continuously implementing new training methodologies to further engage their employees while fulfilling learning objectives. As the return on investment for gamified training are quantifiable and its impact on its employees apparent, decision makers should realize the potential that lay ahead in the use of gamification and its principles. As Ethan McCarty, director of enterprise social programmes of IBM US concludes, “Training is a great entry point for gamification, but that’s just the tip of the iceberg.”

Image by UGA College of Ag