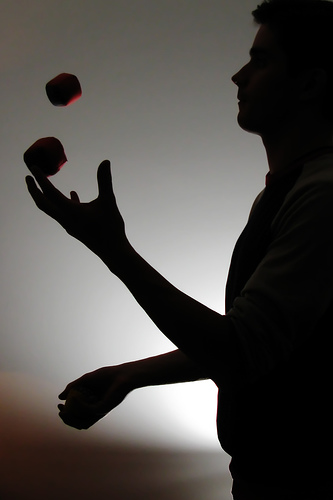 Parents might have a tough time arguing against videogames if their kids begin to learn about all of the potential benefits from playing them.

Just a few days ago, we reported on a study which showed that dyslexic children could improve their reading skills and attention span by playing fast-paced videogames. Now another study has emerged, which has shown playing first-person shooter videogames like Call of Duty can improve multitasking abilities.

In this study, researchers wanted to test whether or not videogames could improve multitasking abilities in a high workload environment. Two groups of people with no videogame experience were tested with the Multi-Attribute Task Battery (MATB), which would assess each subject’s ability to manage two primary tasks that needed constant attention, and two secondary tasks that needed periodical attention. The groups were divided into one control group with no gaming involved and another group that played first-person shooters for a minimum of 5 hours a week for 10 weeks.

Each group was tested again using the MATB and the group that played the videogames demonstrated improvements in their ability to manage secondary tasks with no decrease in their ability to manage the primary tasks. According to Forbes, the authors of the study believe the improvement came from the videogamers’ improved abilities to “spatially distribute visual attention and resolve visual details”. This allows each player to capture peripheral details more effectively and process those details more efficiently as a result.

The games played in the study group included titles like Ghost Recon Advanced War Fighter 2, and Unreal Tournament 3, which all seem to point to a conscious selection of first-person shooter titles with an emphasis on objective-based gameplay. These games will often have primary objectives of capturing flags or holding down territory with the secondary objectives of surviving and attacking the other team. Being able to focus on your ammo count, the state of the objective, time left, enemies popping up on the screen, and new events in the game is what ultimately determines winning in these games and it is this transference of skills that likely caused improvements in the MATB scores of the videogamers.

It does call into question whether transference of skills from a videogame to a multitasking test is the same type of transference between videogames and a work environment, although Forbes states the MATB has been shown to be predictive of how well people actually multitask in the real world. Again, this comes down to motivation. People may perform great in playing videogames but if they’re tasked with flipping two burgers, while checking up on some french fries every twenty minutes then these benefits may be lost (unless you’re Spongebob Squarepants).

Nontheless, this study and the one on improving reading abilities both show that playing games for an extended period of time does increase attention span capacity. It would behoove workplaces to incorporate more gamification into their management in order to really take advantage of these skill sets.