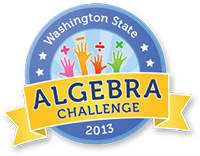 The most effective educational games are the ones that teach students who are unaware they’re learning. Using the puzzle game DragonBox, the Washington State Algebra Challenge rewards students for learning algebra through innovative gameplay.

The competition isn’t even over yet and the goal of 250,000 problems solved is long-past achieved.

DragonBox was developed by French-Norwegian game-based learning company WeWantToKnow. After partnering with The Center for Game Science at the University of Washington and the Technology Alliance, the game has since evolved through educational trials and game adaptations. The culmination of all three organizations has created a fluid, effective, well-rounded game that appropriately combines fun and education.

The game is intended to welcome newcomers to algebra to make the classroom learning experience easier, but it can be useful for players at a more advanced level as well.. Even parents who are eager to pick up forgotten math knowledge to help their children can find enjoyment in the game. 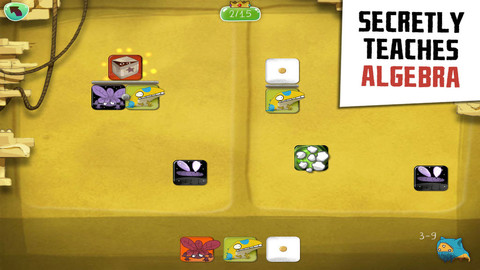 The version of the game used in the contest was developed to play fair with schools throughout the state. By following the Common Core Standards, DragonBox was made to be a positive supplement to education and not a distraction. After the challenge, teachers will be able to use DragonBox for free during the 2013-2014 school year and will also use a Teacher Portal which will give feedback and show student progress.

The Washington State Algebra Challenge 2013 is an instant hit. The simple goals of a fun game that educates easily and effectively, combined with the newly formed DragonBox community are ending the school year on a positive note. WWTK has plans to cover math from ages K-12 properly, and eventually moving on to the sciences. An early congratulations is in order for the winners who have earned their tablets. Be sure to stay tuned to WeWantToKnow to see what further games they’ll come out with.