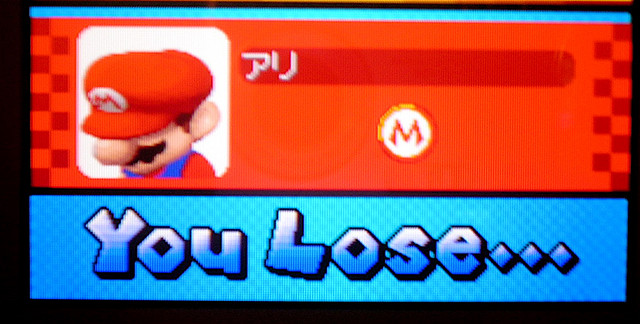 This is a follow-up to Steve’s last post – Gamification Pitfalls: Badge Fatigue and Loyalty Backlash

Steve Bocska is the President and CEO of Vancouver-based Pug Pharm Productions, a leader in customer engagement, retention, and activation. Steve has an extensive background as a gameplay designer, designing highly successful video games for companies including Disney Interactive, Electronic Arts, Ubisoft, Fox Interactive, and Activision.

If you’ve ever raised a skeptical brow at the notion that badges and points were a magic bullet solution to engaging communities, this article is for you. Not because I’m going to change your mind. But because I’m going to wholeheartedly agree with you – and hopefully give you some ammo to win your next argument with that newly-minted “Certified Gamification Expert.”

Back in my glory days as a video game designer, I led the design effort on a series of licensed games for Ubisoft based on the CSI: Crime Scene Investigation series. We were halfway into production on the second game when we made a shocking realization about the first title we shipped: we forgot to include a mechanism to recognize gamers’ progress with categories of achievement – good lord, we’d shipped it without a points and levelling system!

Now, if you were to believe the shrill rhetoric being tossed around these days by self-proclaimed experts in this new era of “gamification,” you’d be perfectly justified in believing we’d made an epic, irreparable blunder. After all, how can any player enjoy themselves if there isn’t a “Points” field in the top corner of the screen telling them when they’d get their next badge?? No doubt, we had doomed the game – and possibly even the entire TV franchise and everyone who was ever involved with it – to permanent failure!

And yet, that’s not what happened.

The first game was a huge commercial success, somehow managing to deliver a rewarding (albeit badgeless) experience to core fans of the show. The game series has since continued on the tradition our team started, spawning no fewer than eight different games – some of which <gasp!> also neglected to include a robust and comprehensive points and achievement model.

My point (har har) is that adding a points and levelling system to our game was a distant afterthought. And rightfully so. Of course, once we decided to include one in the next game, we took the time to carefully balance the system to ensure it reflected the perfect mix of challenge versus reward. But there was always a core gameplay experience that was much more important for us to first get right.

After all, we knew if the primary interactive elements themselves weren’t fun, fitting, and intrinsically motivating, nobody would give a damn about their score because they would have quit playing long before their points were ever totalled!

NOTHING NEW HERE FOLKS, MOVE ALONG

We gameplay designers have been using points, levels, and achievements in video games for decades. They have become very useful items in our toolkits for accomplishing some very specific things: acknowledging your milestones of progress, communicating where you are in the narrative, or helping point out things you might have missed. But their usefulness stops there. When we need deeper layers of engagement, we draw upon more sophisticated things, like skills mastery, elements of chance, layered rule sets, and social interactions. Any gameplay designer on my production teams fool-hearty enough to suggest they could “motivate” players to become meaningfully engaged using only points and levels would be quite rightfully and mercilessly beaten with a sack of Atari 2600 joysticks.

Expecting points, badges, and achievements to create sincere user engagement and motivation is like suggesting people should throw away the chocolate bar and just be happy enjoying the wrapper. Even so, many advocates of gamification remain firmly convinced that every desired customer or employee action needs to be blindly tracked, rewarded, quantified, and worse, ranked on a leaderboard without any regard for the characteristics or culture of the community as a whole.

This is a major red flag.

The character, motivation, and disposition of the community needs to be uncovered before gameplay mechanics can be appropriately selected and applied. Let’s focus on leaderboards for a moment. True, they invoke strong competitive tendencies. And granted, they may be a fine way to recognize relative progress among a passionate community who enjoys the thrill of rivalry and one-upsmanship. But for communities drawn together by common values or working together towards more collaborative goals, rankings and leaderboards can introduce destructive behaviors and interactions that can spell disaster.

I think this sums up quite nicely: 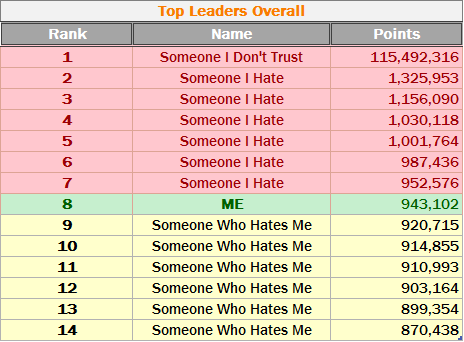 This might surprise you, but compared to “gamification,” I actually consider the tactics of marketing and advertising a much more honourable and truthful form of persuasion. When evaluating the ethical implications of motivating someone’s behaviour, there are two key considerations that need to be taken into account: 1) the degree to which free personal choices are being made, and 2) who ultimately determines the “economy” of those choices. Allow me to explain:

Marketing persuades us by using simple psychological principles, focusing on our needs and wants, to open a channel to influence our behaviour. True, some regard this as a pitiless form of manipulation since it often targets our vulnerabilities and emotional responses (“fear” being one of the favorites) to elicit a specific response (say, to buy a product). But even in the face of these influences, we nonetheless remain otherwise empowered to form our own reactions – and respond accordingly. Each one of us has full jurisdiction and ownership over our emotional receptors, having experience things that have shaped and prioritized them over the course of our lives. And while marketers do their absolute best to amplify our insecurities and fears, we are still making free choices – for very personal reasons – about how we manage those emotions and our reactions.

Feeling your receding hairline is gnawing away at your virility? Rub some Rogaine on your scalp.

Think that potbelly won’t go over well at the job interview? Sign up for a Gold’s Gym membership.

Want to be less repulsive to the opposite sex? Chew some Dentyne.

What these clever marketers are not-so-subtly doing here is presenting a dilemma asking you to consider the trade-off between satisfying your emotional triggers (fears and insecurities) and economic security (dollars in my pocket). Yet despite their persuasive contentions, at the end of the day you’re still in full control of interpreting their messages, filtering them against your own internal cognitions, and choosing how to respond. So, if being bald, jobless, and friendless isn’t worth $62.19, then even the most ruthless marketer is likely to concede that you should then be entitled to keep your money.

And while you can condemn marketers for playing on our deepest anxieties and insecurities to sell their products, we nonetheless always remain free at any time to redefine and rebalance our values. It’s precisely our acknowledgement of this that make us much more inclined to blame ourselves for responding to clever marketing rather than to blame the company for laying the trap.

Don’t get me wrong, I’m not suggesting that the world would be improved with more marketing campaigns. But on their own, the “gamification” staple of dishing out points and badges for desired behaviours are a much less honourable form of manipulation. Here’s why:

Someone (not you) invents an economy designed solely to assign value to specific actions they want you to perform. 200 points if you give up your email address… 1,000 points if you harass your friends to participate… 25,000 points plus a cool “I’ve been inked!” badge for tattooing a product logo on your forehead. Most typically, you’re being incented with extrinsic (and often imaginary) motivators to do things you would have done anyway, or things that you really don’t want to do. This practice of mapping out “points” to get people to jumps through such hoops is deeply unscrupulous, marginalizing our personal needs and seeking to eliminate intrinsic motivation from the decision-making process.

Perhaps worse of all, those in control of this imaginary economy become mighty puppet-masters, dictating arbitrary economic rewards at will to hotwire and hijack your personal decision-making process. Not happy with the community’s unwillingness to disclose their annual household income to you? No problem – offer them a Double Points bonus, stand back, and watch the magic happen! Indeed, most astute readers right now are no doubt drawing obvious comparisons here between gamification ploys like “Invite 5 friends today for 5,000 bonus points!” and the less-dignified late-night infomercial offers hawking Miracle Mops with “Limited quantities! Only valid for the next 60 minutes!” (an offer miraculously renewed every 30-minutes until dawn).

Do these tactics work in the short-term? Possibly. We’ve seen plenty of “gamified” applications reporting metrics suggesting astonishing degrees of user engagement. But this does not surprise me in the least, as I never cease to be amazed at the lengths people will briefly go to in order to feed their inner OCD demons to boost points totals, level-up to “Grand Master,” or battle their way up a few more spots up the leaderboard.

Yet even the unfortunate souls whose get temporarily sucked into “points & badges” reward schemes will eventually realize the absurdity of jumping through hoops to gain advantage within an imaginary economy. Even worse, those who permit themselves to commit further to the scheme will become increasingly likely to acknowledge their insincere or involuntary actions and simply consider them as a “fair payment” for the reward they get!

To deny that people will clue-in and backlash against being manipulated is to severely underestimate the intelligence of the average human being and their ability to eventually see beyond shallow trickery. But don’t take my word for it. This graph shows the daily active users for a sampling of Zynga’s most popular games on Facebook: 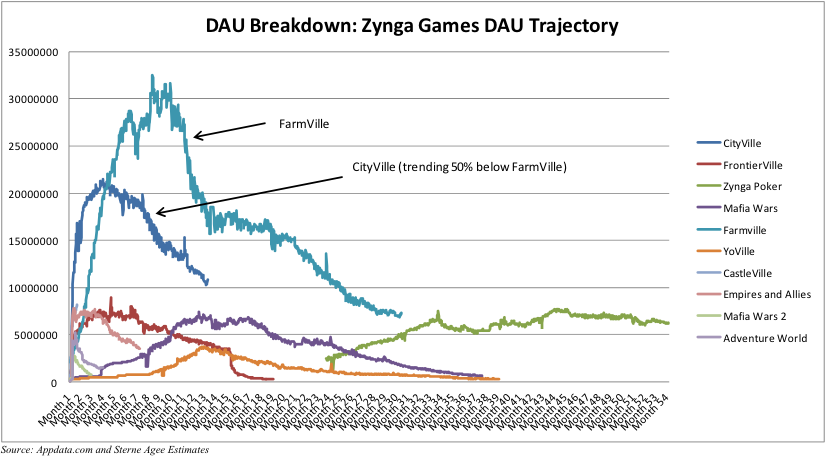 Nearly every one of these games relies on designs emphasizing simple and shallow point/level/achievement mechanics (Farmville, CityVille, Mafia Wars, etc.), the kind typically embraced by projects attempting rudimentary “gamification.” The participation in these games shows a distinct bubble-and-burst profile – demonstrating brief initial popularity, followed by a rapid onset of fatigue and disinterest.

Yet, there’s one game here conspicuous in that it doesn’t follow that same pattern: Zynga Poker (in green). Why does poker buck the trend of other games and generate stable interest? Because for nearly the past 200 years, the internal rules of poker have proven themselves to be well-balanced and intrinsically enjoyable, in and of themselves. No bribing the player to play a few minutes longer. No trickery to get them to invite their friends. No promises of achieving another level if they play a few more hands. Poker doesn’t need any of that. Its design is extremely well-suited to anyone seeking a game that combines competitive elements, randomness, and intrigue (ie. bluffing), all wrapped within a social context. It is, simply put, just a good game.

So when it comes to deciding on how to “gamify” your next project, community, or application, think very carefully about what you’re really hoping to accomplish. Will it be enough to slap on a thin points-and-badges rewards in the hopes that it will magically elicit a burning sense of accomplishment within your audience and keep them loyal? Or will you carefully consider the character, personality, and qualities of the community, and expertly craft and tune a set of rules that offers the perfect balance of challenge, collaboration, risk, competition, customization, and interaction?

I know where I’d place my bet…