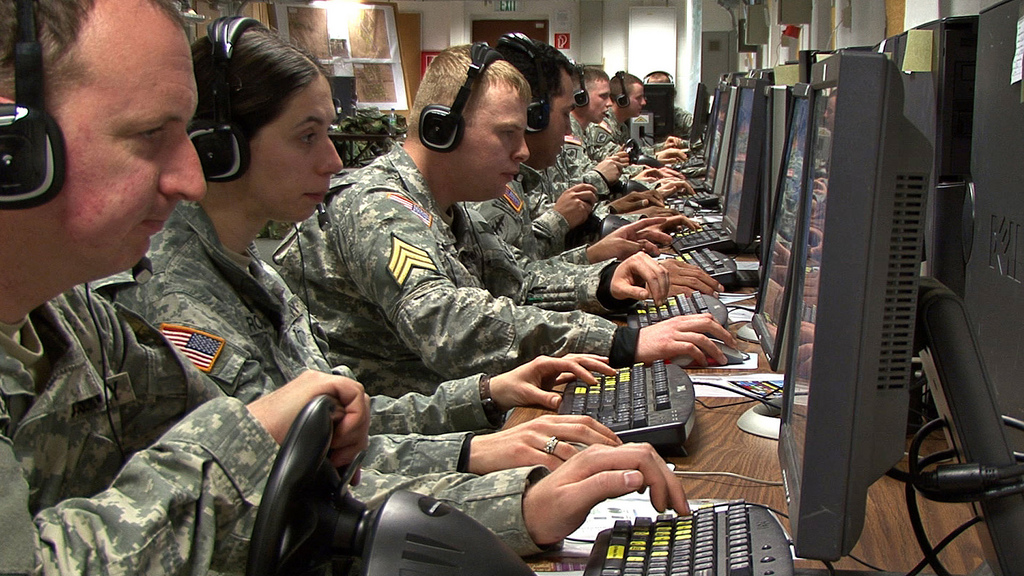 To quote the game series Fallout: “War. War never changes.” This may or may not be true to some people, but the Pentagon is at least trying to change cyberwarfare with Plan X.

Plan X is the Pentagon’s brainchild with made by the creators of some Apple products with assistance from the illustrators of the Transformers movies. The goal is to make cyberwarfare easy with a few finger swipes – a mechanism seen in many current casual games.

DARPA (Defense Advanced Research Projects Agency) is looking to take all the uncertainty and difficulty out of cyberwarfare. Currently there is too much planning, too many variables, and not enough control. The government wants cyberwarfare to be as simple and predictable as more classical means of war.

DARPA director Arati Prabhakar told reporters recently “A military operator can design and deploy a cyber effect, know what it’s going to accomplish… and take an appropriate level of action.” Since the average military officer can’t be expected to be incredibly tech-savvy, DARPA believes a simpler approach is best so that the attack can be as easy to launch as playing an iPhone game.

Dan Roelker, the cybersecurity specialist who created Plan X and joined DARPA, stated “Say you’re playing World of Warcraft, and you’ve got this type of sword, +5 or whatever. You don’t necessarily know what spells were used to create that sword, right? You just know it has these attributes and it helps you in this way. It’s the same type of concept. You don’t need the technical details.”

Roelker and his team tried other options to make war into a game: virtual reality headsets, Google Glass-style wearable computers, and even waving your arms and using a Microsoft Kinect. Ultimately, they decided on a 40-inch multi-person touch-table. Together with Frog Design’s Nick de la Mare, they settled on the idea of taking a packet of information on the internet and mapping how it moves from one node to another. “We didn’t approach it as a cyberwarfare program at all,” del la Mare says. “We approached it as a mapping project.”

The unveiling at DARPA HQ in Virginia created the reaction it hoped for. Military, industry, and academic researchers all had a high level of interest when Frog and Roelker showed off their project in October 2012, but the most enthusiastic were those at the Pentagon who aren’t tech-savvy – exactly the point of Plan X. “It’s like crack for generals” a member at the demonstration said.

Just like many video games have different spells that cost magic points (MP), Plan X  contains different commands with variable costs. “Maybe some technologies were more expensive to develop. Maybe it’s more risky or controversial,” Roelker says. “Maybe we spent $5 million building X, and if we use it, there’s a 50% chance we might lose it.”

Since some attacks may be used often, there’s a playbook feature similar to something out of a football game. Massive Black, a San Francisco illustrator team with a portfolio ranging from BioShock to Transformers, created the playbook idea within Plan X to make often-used attacks more easily accessible.

This $110 million, 4-year project is expected to begin full phase  this August. DARPA has already spent $5 million into preliminary research with the help of internet content delivery network Akamai Technologies and unique online warfare programming language company Galois, Inc. Frog Design will not be continuing any further but Massive Black is hoping to be an interface designer.

Roelker hopes Plan X will protect Americans’ access to the internet. Cyberwar isn’t a war of people, it’s a war of technology,” Roelker says. “Trying to hire lots of people in a space that’s run by machines working at the speed of light just doesn’t make a lot of sense.”

What do you think about turning cyberwarfare into a touch-screen game? Do you think it will be effective enough, or will it backfire? Whether or not Plan X is effective, it could be interesting to see a representation demo available to the public.