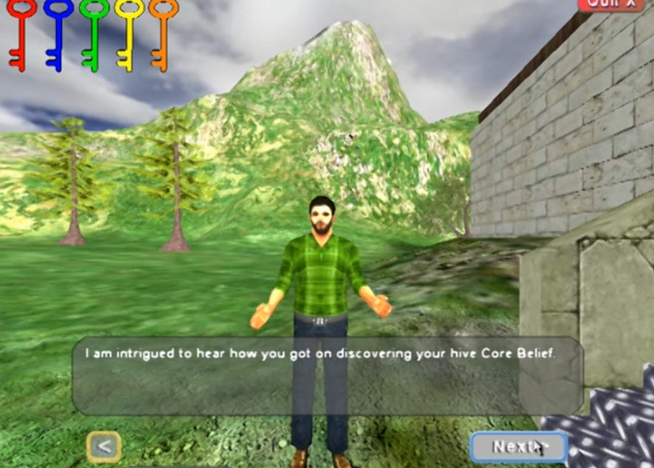 A well-designed gamification system will often consider the player types of the audience that will be using it and seek to engage people based off what intrinsically and extrinsically motivates them.

While there are various gamified health systems out there, none of them have really looked towards engaging the the explorer-type like gNats Island — a game designed to help therapists communicate with mentally-challenged adolescents by exploring a virtual world alongside with them.

gNats Island is set on a tropical island where a group of visitors meet a team of wildlife explorers to navigate the island. The explorers each introduce an aspect of cognitive behavioral therapy (CBT) to inform the player about behaviors like negative automatic thoughts. These negative thoughts are represented as little flies (gNats) that sting people, causing negative thinking. 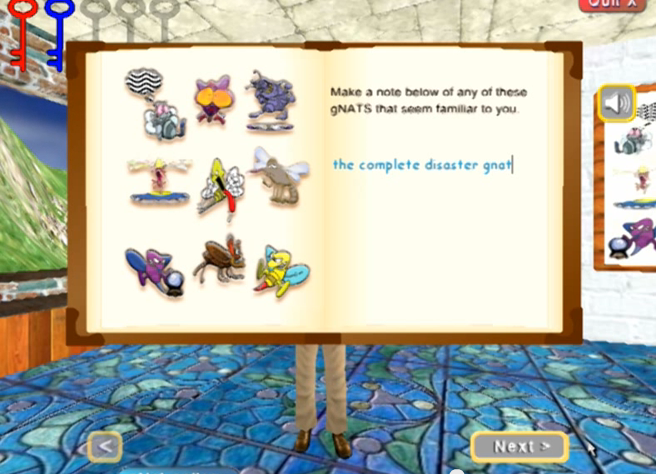 The exploration of the island through these explorers assists players in identifying and dealing with negative thoughts through metaphorical actions like catching and swatting these gNats away.

But what’s unique about this game is that it isn’t necessarily meant to be played alone; therapists employ this game by literally being at the side of the players as they play, talking to them as their partner in exploration.

In a statement to MIT Technology Review, creators David Coyle of the University of Bristol, and Gavin Doherty of Trinity College Dublin state:

“Therapists who used gNats Island with adolescents were very positive about the way in which the game changed the dynamics of the therapeutic interaction,”

Having the therapists talk alongside the players allows them to interact without the standard face-to-face eye contact of traditional discussions, making interaction significantly easier for adolescents with mental health problems. The game allows for deeper engagement with the players and assists in building a healthy relationship between therapist and patient.

Coyle and Doherty say that more than 750 mental health professionals in Ireland, UK, and the US have received training using the gNats game since its inception in 2011.

gNats Island is one particularly clever use of games for health and is a good case study for anyone interested in engaging with different player-types in health.

Watch the video below to see a demo of gNats Island in action: