Anyone who experiences incontinence knows that it’s no fun. Leaky bladders can be an embarrasing problem. Kegel exercises can help strengthen the internal muscles that help with bladder control, but some women find them boring. Now a game developer have comeup with an answer – a video game that turns kegels into a game in health.

Kegels strengthen the pelvic floor muscles – the muscles used to control urine flow. The exercise regimen involves squeezing the pelvic muscles for 20 minutes a day. Some women incorporate these exercises as part of a routine. But for others, it can be hard to remember to fit them in. Skea, that’s short for “Smart Kegal Exercise Aid,” believes that a smartphone game can make kegel exercises easier to remember and more fun to perform. 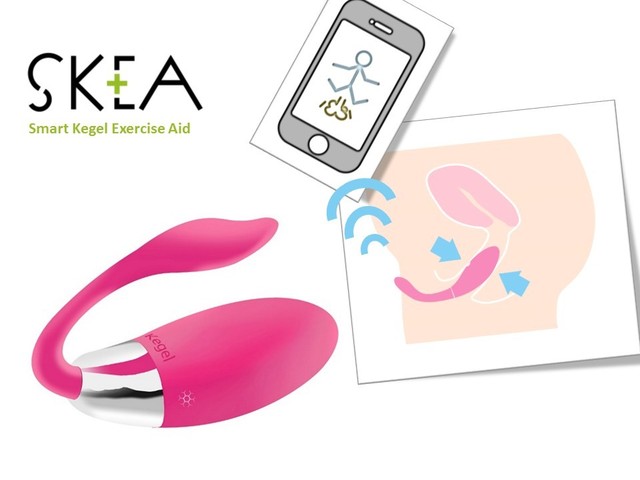 Skea’s game is called “Alice In Continent.” To play, the player must navigate the avatar, Alice, around Rabbit Leg-pullers, dodge Lava Leaks, and collect Collagen Elixirs. But here’s the kicker. A women controls Alice’s movements in the game via a small probe, also called Skea, which is inserted into the vagina. The Skea is synchronized to the game on a smartphone. A woman controls the action in the game by squeezing her pelvic floor muscles. A pressure sensor in the device detects the contractions and sends those signals to the phone.

The audience for Skea is growing. A $38,000 kickstarter fund was oversubscribed, raising more than $52,000. Skea’s makers say they worked with obstetricians and gynecologists to develop the game. The Skea device is also designed to give biofeedback. When the pelvic muscles are squeezed correctly, the device responds with what the game makers call a “tickle,” which is basically a soothing pulse. The company says that this positive feedback makes the game more fun and improves results. The game also tracks a player’s exercise history, so she can track progress over time. As the pelvic muscles improve, so too, do the game scores. In the fight against incontinence, that’s a win.