It wasn’t long ago when marketing choices were relatively few and messages were simple. Companies pitched their products via the old standby of print advertising. Eventually, broadcast advertising emerged as the surefire way to bring a product to the attention of the largest captive audience. But the digital age has eclipsed the broadcast age and companies need new ways to support consumer engagement. M&Ms, an old standby candy product, is overcoming these new digital challenges with gamification.

M&M’s USA turned to a gamification strategy for a campaign promoting its pretzel-flavored version of the candy. The company’s marketing efforts included an eye spy game in the campaign, according to Digital Training Academy. Promotional images posted online were comprised of an image of M&M’s. The campaign challenged consumers to find the single pretzel hidden in the image.

M&M found that the game readily engaged consumers. The campaign also generated some tasty results for the company. M&M’s digital marketing efforts garnered more than 25,000 new likes on the brand’s Facebook page, plus 6,000 shares and 10,000 comments, according to Digital Training Academy.

Just because consumers are living digital lives doesn’t mean that marketing campaigns need to be stuck in the past. More than 77 percent of Americans own smartphones and many of them connect with brands through “micro moments,” Paul Polizzotto, president and founder of CBSEcoMedia, writes in AdExchanger. “Gamified ads may be the perfect way to attract this audience and have been shown to increase consumer engagement,” Polizzotto says.

But there’s a right way and a wrong way to digitally engage consumers with a game. If the game is complex or cumbersome, users will lose interest. The genius of M&M’s campaign is that it is based on the relatively simple concept of hide and seek, Polizzotto says. If a campaign can successfully manage consumer engagement, it stands a stronger chance of spring boarding the interest of one consumer into shares and online discussion with others. Word of mouth, whether it happens in person or online, counts as a marketing win. 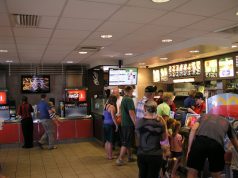