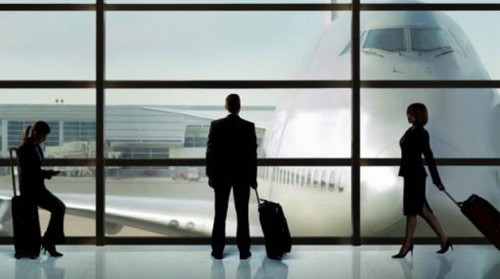 For a solid twelve months after “Up In The Air” was released, every Power Point deck at every trade show conference in the travel industry felt that it was their moral obligation to tie their presentation to a video clip from that movie.

Yes, George was on an endless quest for loyalty points.  Yes, George considered corporate travel a game in which he navigated deftly to the paths of least resistance and most accumulation.  Yes, it was a cute movie, but why couldn’t Zombieland have a corporate travel spin instead?  At least then the embedded clips would show travelers on a kick-ass quest for a Twinkie instead of points and miles.

So far, corporate programs have been losing the battle for engaging employees with what is most beneficial to the business. They have had a poor gamification strategy. Instead, George is what we are served and George is emblematic of the struggle that exists today in running a managed and effective corporate travel program.

The Problem with Corporate Travel

Fifteen years ago the corporate travel department was bringing in large amounts of revenue to a corporation through commissions and overrides from the vendor.  George’s vendor points, in the form of frequent flier miles, were still there, but the levels, statuses and bonuses were much less robust, overt, and complex as they are today.

In today’s world, the corporate travel department is most often tied in with the Purchasing department (as opposed to an HR mentality fifteen years ago) and the corporate mindset is to purchase travel with the same rigor, procurement processes, and commoditization as buying pencils or toilet paper in bulk.  Overrides and commissions are now virtually non-existent.  In exchange for up-front discounts off the fare, there are often complex contracts signed promising large percentages of business to Vendor A or Vendor B in markets where they would otherwise expect to split with another carrier.

Bringing this back to George, here lies the dilemma that corporate travel departments face.  Let’s say Delta Airlines got aggressive with their discounts and in return George’s corporation promised Delta 90% of the market share between Atlanta and Chicago O’Hare, among other markets.  Now George usually departs out of O’Hare and takes United.  Who do you think George is going to be most loyal to when he takes a trip to Atlanta – the company he works for or the airline he earns points from? It isn’t even close.  The airlines, hotels, and car rental companies have done an excellent job of building undying allegiance through gamification components like status, points, leveling, etc.  They’ve onboarded George early and entrenched him deeply.  Who cares about getting through the line first, on the plane first, walking on the red carpet line through the jetway, and then sitting down in the first few rows?  Certainly George does.

While vendors do partner with corporations to match statuses, woo frequent travelers, and explain product differentiation, the fact of the matter is that the vendors have done an excellent job of building individual loyalty.  When push comes to shove, it is a difficult challenge to overcome.

Hotels, for example, are notorious for targeting administrative assistants and “helping them” plan their meetings.  Usually, they offer an attractive room rates, site visits, and bonus points.  Though the average company policy insists that any gathering of 10 or more people needs to be registered and go through a process, the admin assistant thinks that he/she can do this on their own and not bother the company.  The contract that the admin signs often is much different than the one that would be signed had a registered meeting planner negotiated the deal.  The admin isn’t familiar with what standard cancellation penalties are, when meeting rooms could be comped if they are ordering food, etc.  On average a professionally sourced meeting saves an additional 25% off what that admin would pay.

It may be small potatoes on an individual event basis, but when a company spends $100 million on corporate travel those isolated events add up fast.  I could cite many more examples of where the vendor builds and cultivates an individual relationship that may be in conflict with the corporation’s best interest.

Now George isn’t to blame.  The hotel vendors and air vendors aren’t to blame either.  Corporate travel departments of today have yet to engage the traveler in the same gamification-friendly way that their vendor counterparts have successfully done so.

I’d compare many of today’s corporate travel departments to game designers of 20 years ago.  The games of 20 years ago involved a box, a set of rules, and a self-contained 30 minute transactional experience where many of the emotions evoked were done so organically because you had 4 friends sitting around a table.

Similarly, today’s corporate travel department has done a good job writing the rules (travel policy).  However, writing a policy and posting it on an intranet and expecting adherence isn’t anything close to what a game designer of the year 2011 would do to expect results.  The existing tools have been set up with a mentality that tries to “catch the negatives” by forcing users to enter a reason why they didn’t take the lowest fare or sending out an email advising them of their wrongdoing.

As of today, companies aren’t sending internal thank you letters for a trip that is compliant to policy.  They have not embraced statuses or badges for behaviors like providing a review on a hotel or filling out a travel profile correctly.  Leaderboards are basically a foreign concept, instead replaced by endless row/column lists and “death by spreadsheet”.

Gamification for the Win, and the Savings

My foray into the outskirts of gamification came in this environment.  As a pilgrim searching for “a better way to drive compliant behavior” (actually a consultant who designed analytic models but pilgrim sounds better), I developed a scoring system in 2006 for The Coca-Cola company designed to give a 1-100 score of every trip and transaction based on 5 key traveler decision points.  The goals were twofold:

A funny thing happened to this mature travel program over the next few years as these scorecards and scoring systems was implemented across the company – behaviors changed significantly.  Self booking went up 30%, advance purchase (a key to lower fares) went up 16%, preferred hotel compliance went up 19%.  A large amount of money was saved due to these “better decisions”.  More importantly, for many departments the exception mentality was pushed aside in place of highlighting positive travelers.  Managers had context and digestible feedback as to their traveler’s behavior which seemed to resonate.

As there haven’t been many corporate travel sponsored initiatives into gamification, by default I have been asked to start talking on this subject and have been digesting books and tech talks faster than Zombieland’s Tallahassee character downs his favorite twinkie.  A scoring system is one thing, but the surface has only been scratched as to the corporate travel managers approaching their programs in the strategic, behavior driving way a true game designer would approach a game.  Travel departments onboarding new employees, early successes, creative leaderboards, internal statuses, badges, etc are all virtually untapped in the corporate travel space.

OK, so I don’t truly hate George Clooney.  His Ryan Bingham character is a wake-up call (no industry pun intended) to a corporate environment whose travelers are often incredibly engaged directly with their vendors and possess so many cool applications to make their travel experience go smooth.

It is when, organically, George’s travel patterns match up with the corporate contracts that all goes swimmingly.  But vendors shouldn’t discount business that they’d organically attract anyway (they do too much of that, but that’s another topic).  It gets interesting in the challenge of seeing if George will take the hometown carrier where he has a zillion points or choose the airline with a company mass purchasing strategy. In the past, vendors knew how to play the game, but corporate travel departments are only now beginning to understand what the pieces mean and where the twinkie is won. Minneapolis based Tom Ruesink was a director in the consulting division for a large Travel Management Company before venturing off to start Ruesink Consulting Group in 2006.  He helps Fortune 1000 companies drive T&E savings and compliance, helps travel vendors with their reporting strategies, and is a gamer-at-heart.  He published his first gaming article in a 1983 All-Star Replay magazine (Avalon Hill) while in high school and in the mid 2000’s was the #2 ranked electric football (yes, that ol’ game) player in the United States behind a guy named Raiderman.

Gamification Co will be hosting it’s second Gamification Summit in New York on September 15-16. Join keynotes from Gilt Groupe CEO Alexandra Wilkis Wilson and 42 Entertainment’s founder, Susan Bonds, to learn how the new science of engagement is rewriting the rules of product design. For Gamification Blog readers, use discount code GCOBLOG for 25% off at http://gsummit.com/register. We look forward to seeing you there!