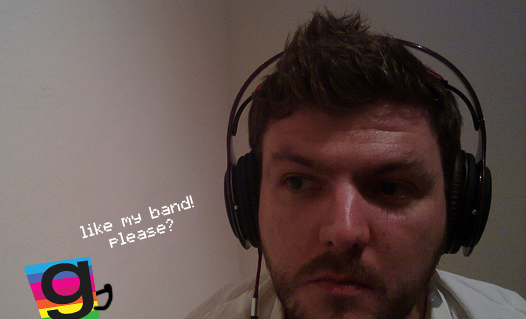 How can we approach fan loyalty in the music industry?

We hear a lot about gamification success stories, but there really aren’t too many regarding music. Most success stories involve increasing engagement and motivation to have users and/or consumers interact with brands and institutions in favorable ways to both parties. Nike+ allows users to obtain more feedback on their running routines while providing Nike with a way to get people more accustomed to having Nike in their everyday life. The Buffalo Wild Wings Scvngr app allows people to have an engaging experience while eating their favorite wings, providing the restaurant chain with ways to increase customer loyalty. However, in the case of the music industry, there isn’t that definitive success story that provides ample evidence that gamification largely benefits music. Therefore, it begs the question: does gamification have a place in music?

A current look at services that are using game elements to improve the music experience will leave you desiring for something more. First up is Turntable.fm. This site allows players to collect points when people rate the songs they are listening to, and points can in turn be used to unlock new DJ avatars. The point of these avatars is to indicate who are “super-users”, which is a sign of status. For those who have taken the Coursera course, it would be easy to see that this is nothing more than “pointsification”—by using points, it replaces the core function of this site to be used for music discovery and places an integrated experience focused on collecting points.

Another example is the music community Phantasy Tour, composed of fans of jam bands. Phantasy Tour deploys game elements to enhance the experience of users and to help build and maintain stronger relationships between the people involved. The service lets fans pick which songs they think will be played during each music set, and they get rewarded with points based on the number of correct answers. There are no rewards; the points are just given for fun because these people are already passionate fans. However, there is a downside to this. This game system may make it more interesting for users who already love the site, but it doesn’t really drive community engagement.

A third example is TastemakerX, which is a full-blown social game approach to music. For music lovers and for those who are interested in finding new music, TastemakerX combines social with games in a unique fashion. The music app allows users to buy/sell shares of musicians and based on the user’s “portfolio”, they are given a score showing their influence. The site allows people to discover artists, trends and inspiration, compete with other users, and share experiences through location and photo sharing. The CEO of TastemakerX, Marc Ruxin, says he believes in the “90-9-1” rule and created this social music app for those in the “1”.

This app became open for everyone in June 2012, so it is way to early to claim any success. However, its stock market game approach to music could change the way fans influence music just like how investors can influence company behavior. The downside to this is that if the “90-9-1” rule is to be believed; this will heavily be used by the 1%.

So why is it so hard to find “gamification gold” for the music industry? It could possibly be because music is an essential humans look towards to support or alter emotions. Incorporating “cheap” game elements to music takes away from the quality and functionality that music plays in our lives. When it comes to music, people just want it to be good and accessible, regardless of other strings attached.

It is true that food acts on an emotional level for us as well, but there is a much more tangible interaction between customer and food provider. Loyalty programs work on having that customer come to the same food provider a frequent number of times. This hints towards an idea that music labels would be more appropriate figures to adopt gamification strategies because they are also a business. Each time a song is bought on iTunes, it is an interaction between customer and label. A loyalty program that rewards customers for frequent interactions with labels is very possible, but theory still needs to be put into practice.

Gamification is still in its early stages as a concept, so I wouldn’t be surprised if we started seeing successful implementations in the music industry. To put my two cents in, it could be possible for TastemakerX to allow users to suggest “investments” to others rather than having a user look at other people’s portfolio. This adds a stronger community element, but the question still remains if gamification can add extra emotional value. If there is one thing to be learned, it is that a point system that recognizes status isn’t going to have much of an effect on how the user enjoys the music, so any gamification attempts done should first answer the question if the user will have any added benefit on an emotional level, rather than an extrinsic one.