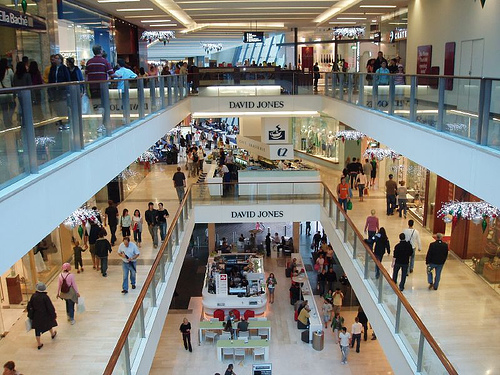 Gartner has kept busy in the past few months with analyzing gamification’s current status and potential. A list of all of their research can be found here, but a recently published report by them states that by 2015, 40% of Global 1000 companies will use gamification as a primary tool to drive primary business goals. For these companies who wish to engage in increasing loyalty, virality, and engagement, they often host promotional offers through the popular social media platform Facebook. While most marketing campaigns are based around standard giveaways, three companies have been able to successfully implement some form of game elements and behavioral science to drive results. Taking a look at these retail gamification implementations from Rue La La, Dunkin Donuts, and Best Buy, the spirit of giving is mixed with the flair of games to promote cheer through the past holiday season.

Rue La La, a members-only shopping site, created a small game to help drive participation around the holiday season. By having users submit their email address daily in order to play the ‘randomly select one box out of three’ game, Rue La La gave everyone the chance to win a prize. After a couple of days, they would post the list of prior winners as a Facebook status to recognize those who have won and to show those who haven’t won that it is attainable to win as long as you keep playing daily. Prizes included nifty gifts such as an espresso maker, a wallet, and a watch, and all it took to win one was to successfully pick the right box out of the three.

Rue La La does a good job with designing the game such that they make it known that luck is just as important as selecting the right box properly, and it gives customers hope that they could be mentioned in next round’s winners update. Because the game doesn’t have many dimensions, they had to structure engagement around entering an email address daily. The updates serve as constant feedback to users that multiple entries are encouraged to increase the chance of winning, thus directly increasing participation.

During the month leading up to New Year’s, Dunkin’ Donuts offered a similar promotional offer as Rue La La. They gave users the chance to win every day by having them enter information by clicking on the daily K-Cup. Multiple entries were allowed and strongly encouraged, with a gift certificate given to the daily winner and a prize of mortgage payments given to the grand prize winner.

The countdown aspect of the game gives a sense that time is running out. This running down of time hints at users that in order to win a prize, you must enter as many times as possible each day. Since this game is based on a pure-luck lottery system, it gives everyone who participates an equal sense that they could be that day’s winner.

Best Buy: Best Buy Gifted
Best Buy’s Gifted program on Facebook is focused around a stronger social aspect than the first two cases. Users are allowed to nominate their friends for a gift card in one of the six categories: photography, music, design, filmmaking, cooking and gaming. The nominee has a chance to win a $500 gift card while the person who nominated wins $100.

The social aspect of the game looks toward the competitive nature of humans to have them engage in a simple activity. If being a nominee gets you more money, then you should increase your chances of becoming nominated. The best way to do that is to nominate as many people as possible so you will get nominated back. While this increases your chances of winning a cash prize, it benefits Best Buy by increasing virality.

Gamification isn’t exactly game design, but it isn’t also slapping on mechanics to drive certain sets of actions from the users. While these implementations mentioned above are successful, one could criticize these attempts as being exploitative. These promotional campaigns have a very repetitive action pattern (ex. Entering email address daily), but the value of the extrinsic prizes awarded for the amount of effort given makes them worth it to play. Facebook will continue to be the main platform for engaging with a loyal customer base, and it is only recently that new marketing strategies are being employed to drive virality, loyalty, and engagement. Numbers don’t lie, and these three companies have shown that small game elements mixed with behavioral science can benefit both parties when executed properly. During the holiday season, the act of giving is widely recognized. Sometimes giving away extrinsic prizes isn’t a demotivator after all! Retail gamification certainly has its merits.

via Business2Community – image by Charlie Brewer