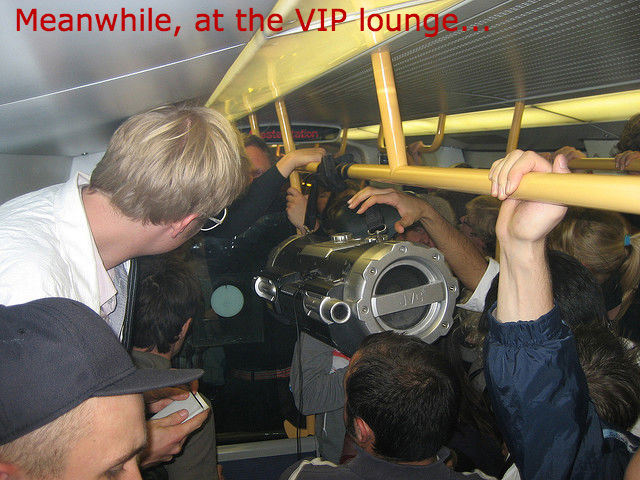 Loyalty programs have been commonly associated with airlines and retailers but Montreal’s recent plans may soon change that perspective to include public transportation systems. Montreal operates the Opus-à-l’année also know as the Opus & Cie subscriptions, a subscription service which recharges a commuter’s OPUS card automatically every month.

Montreal STM will be introducing a VIP class for its customers, which will only be made available to 20,000 commuters (9% of the 217,000 who regularly buy monthly Société passes). After subscribing for more 12 months, Opus & Cie users will be given the opportunity to upgrade to their new “maestro” status. They will then be required to obtain a new OPUS card with a photo, without any extra charges. Opus card holders who are granted the “maestro” status are provided with additional benefits to public transportation services. Customers may enjoy the benefits of riding Quebec city buses for free and being able to bring onboard a friend to ride Montreal buses and the metro for free during off-peak hours. The neighboring city of Quebec has also identified the appeal of a VIP status for commuters. Thus, Quebec City’s Réseau de transport de la Capitale, which also uses the Opus-card system, has announced a similar program for its loyal users under which they will be able to ride Montreal transit for free.

Like any enterprise wishing to pursue a loyalty program, governments should take precautions by understanding gamification principles when implementing such systems. Primarily, governments should be aware that its users use its product not for the programs that are available but for the product’s purpose itself. In the context of Montreal, should the city’s public transportation system was inadequate, commuters would recognize its flaws and would not bother to use it even with attractive loyalty program. Nevertheless, decision makers should not be afraid of failures for no loyalty system would be perfect in its first version. Thus, it is vital to proactively learn from the decision being made and reiterate constantly to overcome challenges and inadequacies.

Montreal’s decision to adopt such a program marks a watershed as governments are beginning to recognize the social value of loyalty programs and to a further extent, gamification. The phenomena of empowering individuals by offering intangible benefits through the application of status cuts across industrial boundaries. It also shows the potential to combine various game mechanics in order to further a government’s goals and objectives.