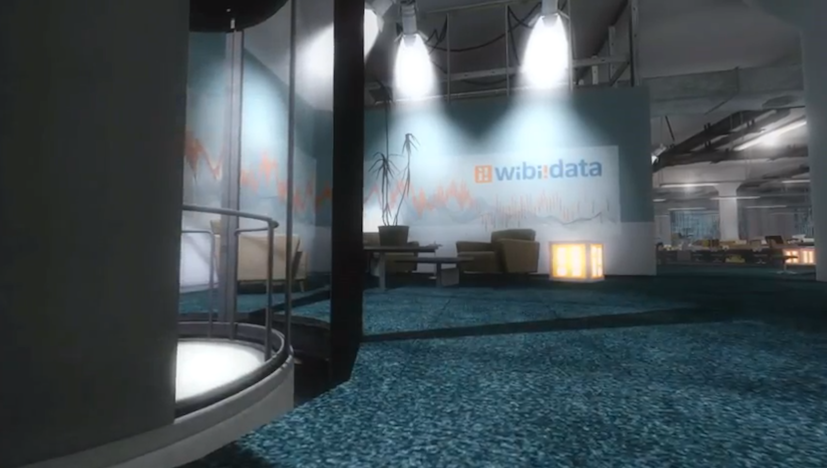 The gamification of recruitment has been a very creative way to find and bring talent to your company without going through a costly recruiter. Given the recent success of recruiting games by Dominos, Quixey, and even the Air Force, it’s become clear that using games can be a viable strategy. One startup by the name of Wibidata took this idea to the next level and hired a game designer to create a Portal 2 game mod that would get over 75,000 impressions and 100 qualified job applicants in a single week.

Wibidata CEO, Christophe Bisciglia, felt a wave of inspiration after seeing a custom mod of Portal 2 be used for a marriage proposal and hired that same mod creator to make a custom mod that actually recreates the Wibidata office in the Portal 2 game. Available for free to anyone who owns the game, players had 5 completely new and difficult puzzles to solve until reaching a final tricky puzzle that would unlock a special job application to work at Wibidata for anyone who could finish it.

When asked why Portal 2 was appropriate for the big data applications enterprise software startup, Bisciglia stated that he needed high caliber intellectual people that would fit into Wibidata’s company culture. It is difficult to compete for talent as a new startup, especially as the company searches for its own identity.

“Its an engineers market, so we have to compete for the talent. We saw this as an opportunity to get people. We’re still figuring out ourselves so the only thing we can sell to others is our culture“

And sold the culture it did, with about 75,000 impressions, 4,000 downloads and 100 applications coming through to the Wibidata page in a single week. Those are some powerful numbers and Bisciglia cites that the cost for hiring the developer to make this game mod was substantially less than the recruiting cost of finding a single person.

Success in the Portal 2 recruiting game mod wouldn’t mean that an unqualified engineer would get a job though. A qualified engineer would get the job regardless of playing the game but if Wibidata was on the fence about hiring one particular person, knowing that the applicant tried the game and was successful would allow that person to become hired on basis of that little extra bit of personality qualification.

Portal 2’s mind-crunching, brain-teasing, and physics-crazy style is exactly the type of game the Wibidata engineers enjoy but it doesn’t explain why it was so successful. Bisciglia attributed its success to three key factors: minimal branding, new/fun level designs, and crowdsourced incentives.

Other than the inclusion of a scale modeling of the Wibidata office and a very unobtrusive placement of the Wibidata logo on one of the puzzle mechanics, there was nearly no Wibidata branding to be found anywhere in the game. The developer who also made the mod made five unique and engaging puzzles that would be fun for anyone to play. 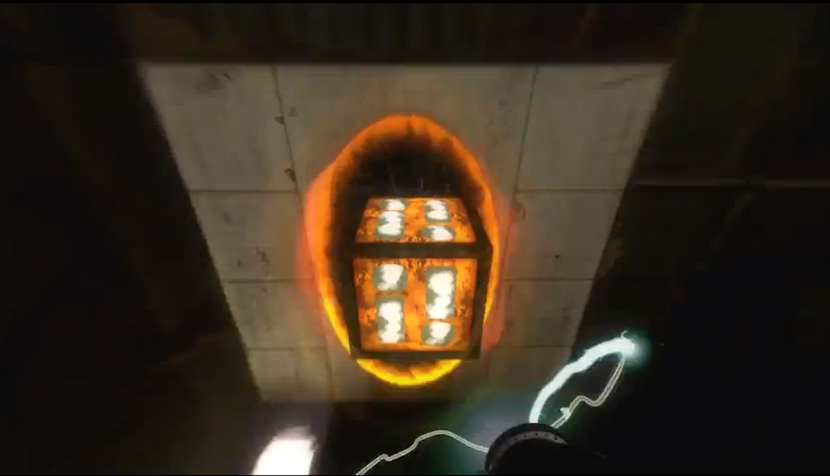 Wibidata Branding on the Puzzle Cube

The combination of these two facts meant that the Wibidata Portal 2 mod would be an inherently enjoyable experience that didn’t reek of an ulterior motive. The recruiting aspect was simply an optional component to a game that would otherwise be another Portal 2 game mod made by fans for fans. However, there was one more bonus for anyone playing the cooperative mode with a friend: $1,000.

Bisciglia stated that anyone who played through the full cooperative mode with an applicant that would eventually be hired would be paid $1,000 by Wibidata:

“We realized that we could turn the entire Portal community into recruiters for Wibidata that could identify a candidates for us. I would happily pay $1,000 for some real talent rather than the cost of a recruiting fee”

Of course, this model won’t work for everyone and its pretty unlikely that another Portal 2 recruiting game mod will see the same success as Wibidata’s. I asked Bisciglia for his advice for anyone trying to create a successful recruiting mod of their own and he believes that any game needs to represent what’s culturally unique about your company and be compelling enough to the average person in order for it to be picked up and distributed through social media.

Wibidata needed engineers but didn’t want to just make a game about math and programming puzzles. People won’t play those games but they will play a videogame, especially something like Portal 2. The Wibidata Portal 2 recruiting game mod was valuable outside of the recruiting aspect and that was the key to its success.

In summary, this is another instance of one company being able to appeal to an audience’s intrinsic motivator (fun) and being highly successful because of it. Won’t you consider making a fun game for your recruitment strategy?

You can learn more about Wibidata on their homepage and play the Portal 2 mod in their puzzles section.