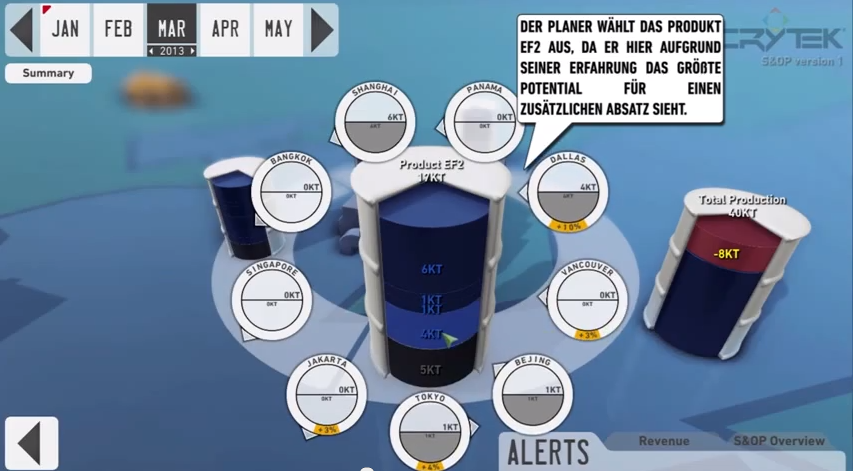 The German consulting company IDS Scheer won 2nd place in the finals of the recent SAP HANA Partner Race, a contest showcasing applications based on SAP’s in-memory technology HANA. What was especially compelling with the IDS Scheer demo was the usage of the well-known German game-studio’s CryTek game engine CRYENGINE3. CryTek, know for their blockbuster games from the Crysis-Series, provides a game engine that game-developers can use and built their own game.

IDS Scheer and CryTek teamed up to create a convincing scenario with an SAP HANA system in the background providing fast data analysis, and the a CryTek user interface bringing a 3D game style approach to planning data. This approach allows a more enjoyable data access and more intuitive navigation through the information. Additionally, the new workforce generation now hitting the companies – the millennials, a.k.a. as Generation Y, who grew up with such kind of user experiences –  is very familiar with the game language and feels more engaged. It will be important for companies to provide these user experiences to hire future talents.

The CryEngine3 demo based on SAP HANA is demonstrated in the following video between 0:55 and 1:17 (video language is in German):

Here is also the press release from IDS Scheer (in German).