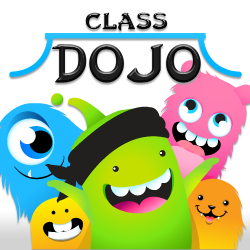 Increase Student Engagement in the Classroom

Digital games and learning have a long, storied history together that spans several decades. Ever since computers were introduced into mainstream culture in the 1980s, games have been used to supplement traditional teaching methods. While the early 1980s saw Nintendo make its way to American shores, the mid to late 1980s saw the rise of educational games such as “Mavis Beacon Teaches Typing”, and “Where in the World is Carmen Sandiego”.

Shortly thereafter, researchers began studying why games were such effective vehicles for learning. Thomas Malone’s “What Makes Things Fun to Learn” and Seymour Papert’s “Mindstorms” are two notable examples. James Paul Gee has investigated learning and games in his book, “What Video Games Teach Us About Learning and Literacy.” Many other researchers have tackled the topic of games in relation to learning, and the consensus is clear: games are great for teaching us things.

Games work as learning tools because they offer us the ideal platform to absorb knowledge. When we’re engrossed in a game, we enter what psychologist Mihaly Csikzentmihalyi refers to as “flow”. We will lose track of time and spend hours trying to solve a problem.

Game elements such as progress, feedback, and achievement contribute to why we love to learn through this medium. As children, we use games and play as a means to understand our environment.

It is no secret that our current educational system struggles to keep students engaged. Standardized tests and rote memorization of facts have led to an estimated 40% of high school students who report being disengaged with their studies.

Gamification companies are creating solutions to combat this disengagement across a range of fields, including education. While not as in-depth as some entirely game-based curriculums, such as Quest to Learn, we at TechnologyAdvice think that the following applications can increase student engagement in the classroom, and during their studies.

Targeted towards younger students between K-8 grade, ClassDojo encourages good behavior in the classroom. Using ClassDojo’s platform, teachers assign students online avatars for their courses. Once the class is built, teachers then run the program during class time and award real-time feedback – both positive and negative – to each student 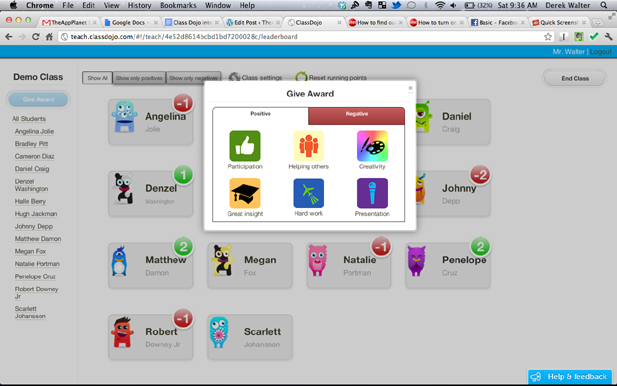 ClassDojo includes several default behaviors. Engaging in classroom discussions, and showing up to class on time are positive examples, while being disrespectful to others is a negative one. Teachers can also create custom behaviors, which greatly expand the range of actions this platform can help reinforce. As each action occurs, teachers can reward points from their smartphones, laptops, or tablets. They can even grant points to entire groups of students if there are team assignments.

ClassDojo catalogs every point that a student receives, which enables teachers to run simple analytics reports to view student’s progress over the past week, month, or even year.

Their platform features three access portals: one for students, one for teachers, and one for parents. Students can log-in to view their points and change their avatar. Parents do not necessarily log-in in to the application, but they can sign up for emails containing the aforementioned trend reports about their child.

ClassDojo does an excellent of job of using a somewhat simplistic feedback mechanism – points – to empower educators to provide instant feedback to their students. ClassDojo’s younger student audience appreciates the simplicity of the points system, which inspires them to focus in class and participate in discussions.

Today, students’ educational careers are often defined by a several major tests. Standardized tests such as the SAT, ACT, or GMAT distill years of work into a few hours of questions. Whether such tests truly measure students’ capabilities is debated. As it stands now though, students’ performance on these exams dramatically influences their higher education opportunities.

Test preparation site Grockit is addressing this reality by using gamification to help students engage with their studies and better prepare for major exams. Many of Grockit’s features center on providing actionable feedback to students. Users begin by taking a practice exam for their chosen test, and then receiving feedback on how they scored, including areas of strength and subjects that need improvement. Based on user’s results, Grockit then recommends additional courses. When students answer practice questions incorrectly, Grockit does not just tell them they’re wrong; it provides an explanation for why they missed the question.

Students can choose between undertaking solo study activities and studying with a group. The solo study path lets students create an academic plan which Grockit visualizes as a progress bar. Once a student starts their course, Grockit supplies them with additional video courses and links to relevant textbook material.

In the Group Study path, students can connect from across the globe to collaborate on the same subject. Users can even connect with tutors, all of whom are rated based on past user experiences and their scores on relevant tests.

Coined by author Robert A. Heinlein in 1961, “grok” refers to understanding something in an intimate way, where you surpass basic competence and near mastery. Grockit contain all the standard points, badges, and leaderboard elements. However, it’s the way that the platform adjusts to the each student’s learning requirements, and the freedom it gives users to select a tutor, that makes it an excellent gamification platform for learning.

Though our education system remains mired in a poor incentive structure (i.e., “do all this studying now or you won’t be successful later”), tools are beginning to emerge that address the lack of engagement students feel at all levels of education.