FoldIt was originally developed at the University of Washington. The concept of folding a protein in a particular shape is important because the shape and structure of a protein is key to its role in biological processes in the body. Proteins can open up or lock up cellular pathways that can admit or block viruses, according to an NBC News report on the game. Understanding those pathways can lead to new medicines and treatments, at least, that’s what researchers hope.

Computer programs can perform these protein-folding tests. But by gamifying the folding experience, FoldIt’s developers are trying to get people involved in finding protein shapes computers might miss. FoldIt has been applied toward folding molecules and proteins associated with cancer, Alzheimer’s disease, and some viruses. 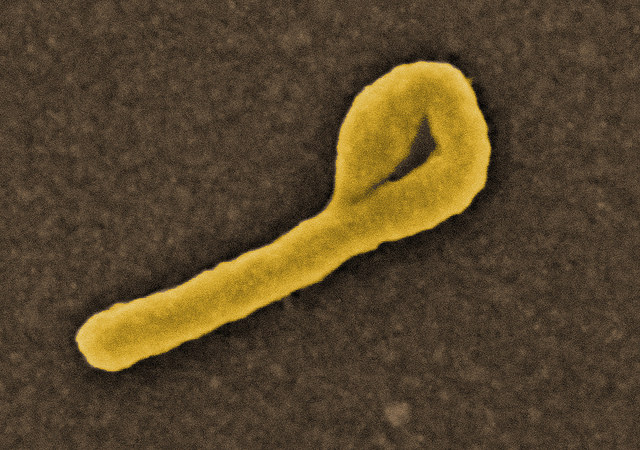 The protein folding tests in Ebola will be applied toward finding something that could be tested in a laboratory. FoldIt’s developers say that some of the best players have so far provided starting points for the design of proteins with potential Ebola applications.

FoldIt will test for compounds that could bind to the surface of Ebola’s proteins, breaking up how the virus acts in the body. But FoldIt explains in a blog post about its Eboloa efforts that its researchers won’t use live Ebola virus; instead, researchers will work with Ebola proteins that have already been rendered harmless.

The testing process will take time. Laboratory tests will progress to more advanced tests in animals. Further down the road, perhaps in years, researchers could test a potential Ebola drug in a human trial to test for safety, then efficacy.

“We’re not anywhere near the stage at which candidates could be administered to people suffering from the Eboloa virus — but with time, effort, and patience, we hope to get there,” FoldIt says.