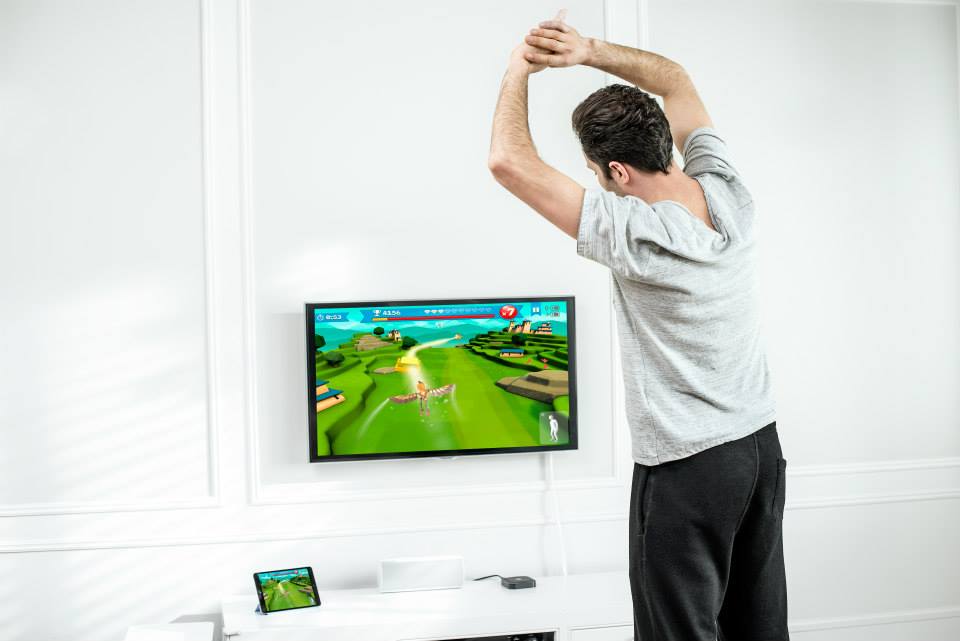 Back pain is a common problem for many people. Exercises can help strengthen back muscles and alleviate the pain. But the problem with these exercises is compliance. Even when people know that the exercises can lead to relief, they just don’t stick to the program. There’s a new game that can solve that problem by becoming part of your health regimen.

The game Valedo, played on a smartphone or tablet, gets people to complete their back exercises as part of a video game. Players affix wireless sensors on the back and chest. The sensors detect the movement of your torso. You play by navigating an avatar to catch jewels for points, movements that require you to move your entire body. To ensure that you’re doing the moves properly, watch your avatar. If it starts flashing red, you need to correct your posture. If the flashing red turns into smoke, you really need to correct your positioning.

The more points you score, the more moves you have to make. Finishing games unlocks access to different levels, appropriately named the “Hip District,” “Torso District,” and “Floor District,” at which point, the player must move on to floor exercises.

Valedo comes from Swiss company Hocoma, which had launched a professional version of Valedo in 2010. A consumer version of the product came out last year. The mobile game is available for download on iOS. An Android version is expected later this year.

If you’re wondering about effectiveness of the game, it might reassure you to know that Valedo has been evaluated by the Food and Drug Administration, giving the device some level of credibility. For what it’s worth, Hocoma tells the tech website re/code that using the device for 15 to 20 minutes a day, four to five times a week for two weeks will bring some the  improvement in flexibility of the back muscles. And re/code’s evaluation of the device for a week did bring the tester some back relief. If back pain has got you down, Valedo could be an option for you to relieve that pain and have fun doing it.