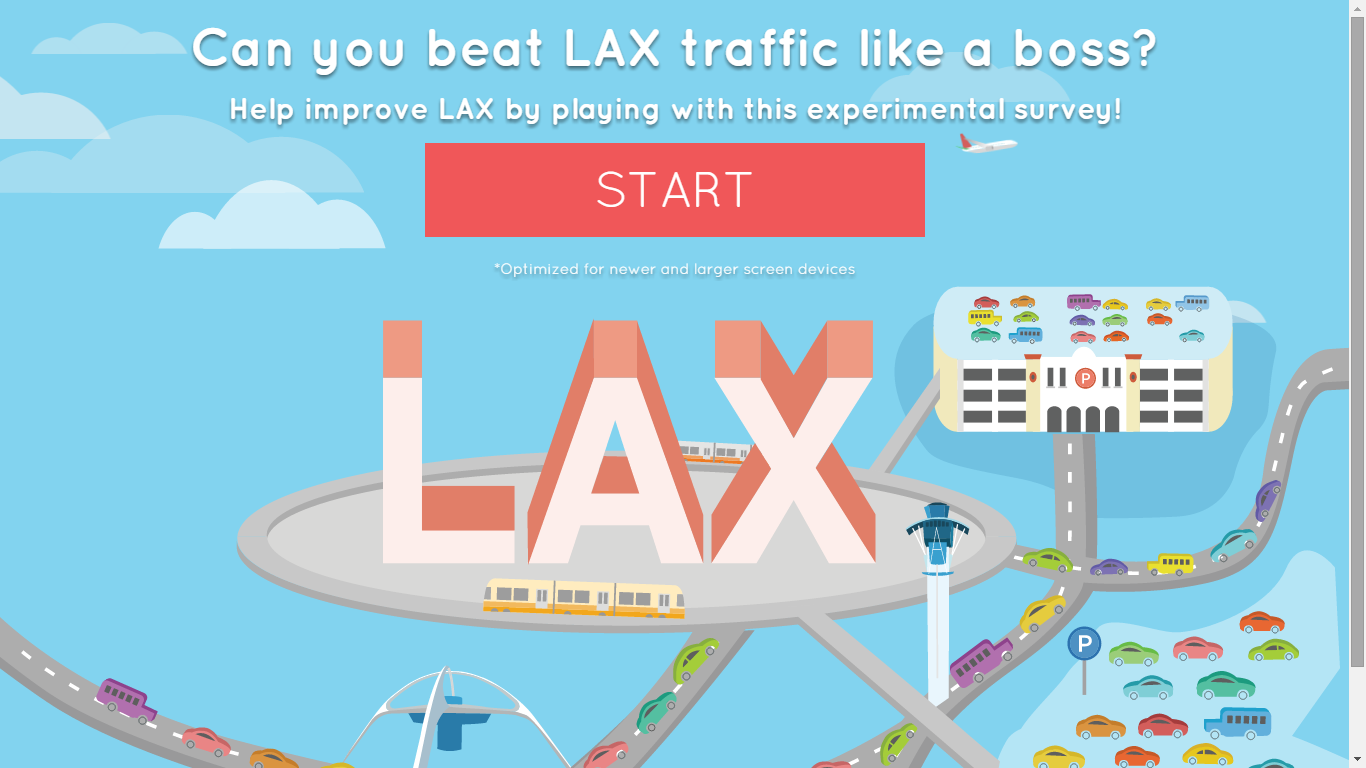 LAX, Los Angeles International Airport is currently undergoing a major renovation project to overhaul its current layout of getting in and out of the airport terminal. The massive project potential involves reconstructing parking garages, developing a light rail line system and car rentals.  Critical decisions will be made throughout the lengthy duration of the project and those decisions need to be backed by statistical data. Instead of using traditional surveys, LAX has opted for an interactive gamified survey experience, Beat LAX Traffic.

The survey seeks to fulfill two key goals. First, to understand the thought process and decision criteria in making choices of every driver who pick up their passengers at the airport. Secondly, discern what facility and amenity features are valued by passengers during their typical LAX experience.

Drawing inspiration from Choose Your Own Adventure narratives, the survey challenges the user to pick up their hypothetical passenger(s) from the airport within the allocated time. In their journey, users will be prompted with several decision points, most notably how they would pick up their passenger (park, circle around the airport or wait at In-N-out). Upon making key decisions, users will be given the opportunity to explain their reasoning.

For each decision path, users are introduced to its own unique set of random events that mimics real life situations. For example, if one decides to circle around the airport, there is a chance of the user being spotted by the cops and told to move along. While it may take several attempts in getting the right strategy, users will eventually be able to successfully pick up their passenger(s).

Upon completing the goal, users are given the option to answer follow up questions in a more quiz like format such as desirable key amenities when taking a flight from LAX, average duration of picking up a passenger and how often you visit LAX.

Beat LAX Traffic provides a unique gamified experience that gives its users something to explore rather than a traditional, boring survey. By shifting the concept of surveys into a visually relevant theme coupled with fun gamification elements, it prolongs user attention while giving them a novel, fun experience just for a moment of sharing their thoughts.