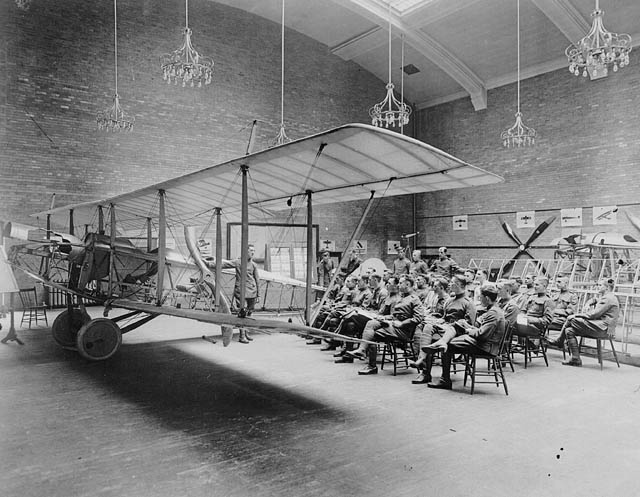 For many students, a field trip to the museum is a break from the classroom but to others it’s not much more fun than school. However, mobile gamification apps can give students a real escape while engaging them in the subject matter of the museum. These apps can turn museum visits into interactive adventures. Canada Aviation and Space Museum’s Ace Academy is one of these apps. It takes a visitor on a “time-trip” to World War I flight navigation training.

Canada Aviation and Space Museum wanted to hire a team to create Ace Academy to celebrate the 100th anniversary of World War I. That team was digital communication and marketing development company SE 3D Interactive. SE integrated narrative, gamification and interactive learning with the museum’s World War I exhibit, including archives and aircraft models, to create a mobile app and installation program that would allow visitors to experience the likeness of a WWI aviation school. The result was a flight simulation app called Ace Academy that released in November of 2014.

How the App Works

According to the 2015 Museums and the Web conference’s website, Ace Academy’s storyline involves the user who assumes the role of a cadet in training. A character of an experienced pilot acts as a guide taking the user/cadet through interactive lessons. It’s a little like Star Wars: Empire at War. Empire at War features tutorials in which mentor-like characters guide the user through the lessons. The major difference is that Ace Academy is based on real historical events instead of those of an imaginary “galaxy far, far away.” When the cadet completes training, he or she takes a culmination exam in the form of a test flight that includes target shooting.

The user has a choice of seven digital 3D models of the museum’s WWI aircraft. Each model has 360 degree view rotation, hotspots that give details of facts and features, and a gallery of additional images from the museum’s collection. Half-way through the training, the user is given access to the museum’s “Hidden Collection” and additional content to artifacts and other display items he or she is observing in actuality. The content is accessible in both audio and text format that won’t compromise “downloadability” or cross “acceptable industry standards for size,” says Museums and the Web.

With its 3D graphical settings and other cutting-edge innovations, Ace Academy makes a trip to the museum an interactive time travel adventure rather than a mere academic observation. Yet, the user learns the history behind the artifacts.  The mobile gamification app, Ace Academy is available at iTunes and Google Play Store.