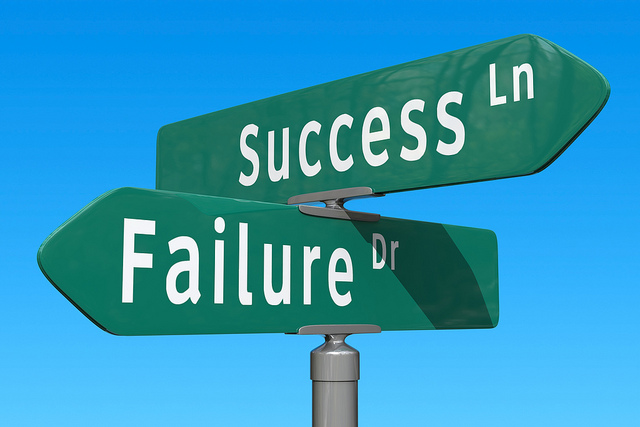 Playing games is fun, but people also driven to play games because they want to win. Businesses have found different ways to gamify employee training. But DirecTV is taking a counterintuitive approach that uses gamification to celebrate failure. And it’s working.

DirecTV’s goal was to support the company’s 1,000-person IT department, which had experienced a demoralizing succession of failed projects, according to CIO magazine. Company executives wanted to change things up without having the IT department descend into finger-pointing blame. Russell Bacon, an executive who holds the unusual title of chief inspiration officer, came up with a learning software platform that allowed the IT staffers to view and create videos about failure – an exercise intended to be a learning experience.

Since launching, the platform has expanded to incorporate social collaboration and crowdsourcing tools. The platform, Bacon explains, is a place for IT workers to not only learn but also to interact with each other. To entice employees to use the platform, DirecTV turned to gamification. The gamification features allows employees to earn points and badges based on their ability to complete assignments for viewing and creating videos, taking quizzes, commenting, and sharing.

“When you launch those kinds of platforms, a significant marketing effort is required so that employees understand it’s O.K. spending time doing this activity,” Brian Burke, a vice president at research firm Gartner, told CIO magazine. “If you don’t have enough people actively contributing, voting, and commenting, then it’s dead in the box.”

The games come with prizes, such as iPads and iPods – a strong incentive to play. According to DirecTV, gamifying the platform tripled employee usage of the software. But more important, that increased participation led to a reduction in IT problems by 30 percent. It doesn’t end there. DirecTV is so pleased with the results of gamifying failure that the company’s human resources department is now considering adapting the approach for additional training.